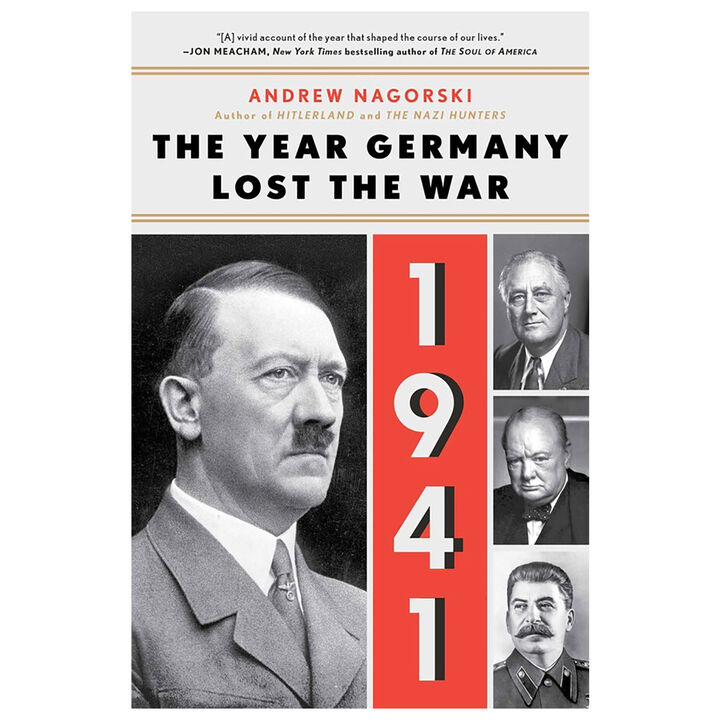 1941: The Year Germany Lost the War by Andrew Nagorski

Bestselling historian Andrew Nagorski takes a fresh look at the decisive year 1941, when Hitler's miscalculations and policy of terror propelled Churchill, FDR, and Stalin into a powerful new alliance that defeated Nazi Germany.

In early 1941, Hitler's armies ruled most of Europe. Churchill's Britain was an isolated holdout against the Nazi tide, but German bombers were attacking its cities and German U-boats were attacking its ships. Stalin was observing the terms of the Nazi-Soviet Pact, and Roosevelt was vowing to keep the United States out of the war. Hitler was confident that his aim of total victory was within reach.

By the end of 1941, all that changed. Hitler had repeatedly gambled on escalation and lost: by invading the Soviet Union and committing a series of disastrous military blunders; by making mass murder and terror his weapons of choice, and by rushing to declare war on the United States after Japan's attack on Pearl Harbor. Britain emerged with two powerful new allies--Russia and the United States. By then, Germany was doomed to defeat.

Nagorski illuminates the actions of the major characters of this pivotal year as never before. 1941: The Year Germany Lost the War is a stunning examination of unbridled megalomania versus determined leadership. It also reveals how 1941 set the Holocaust in motion, and presaged the postwar division of Europe, triggering the Cold War. 1941 was a year that forever defined our world.