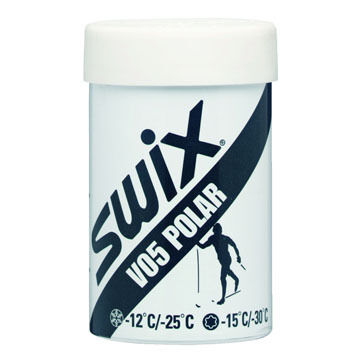 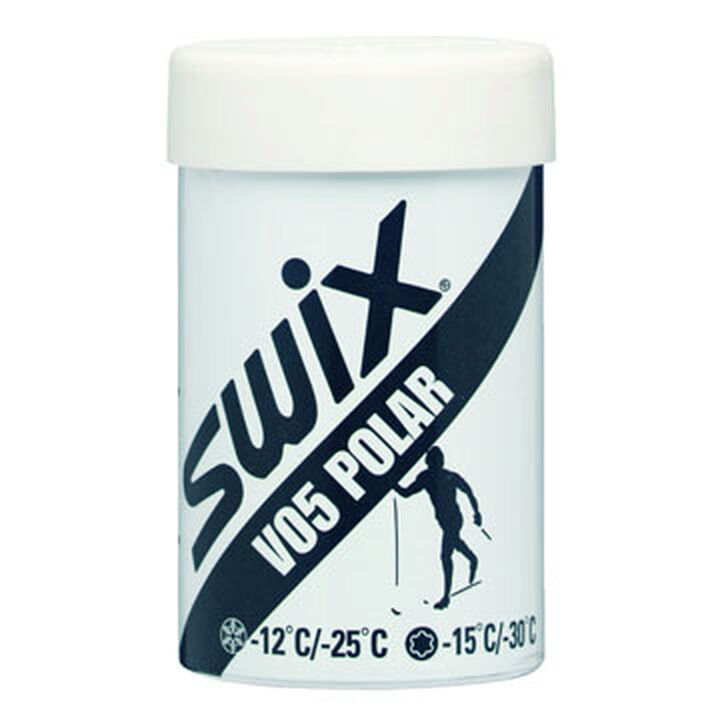 The V-Line series of hardwaxes is the traditional line of hard kick waxes, made for racing and recreational skiing.

Although there are no fluorine additives, the quality is very high due to fully refined petroleum waxes, synthetic rubbers and pharmaceutical quality oils.

Swix Sport
In 1946, the dream of two men became a reality. Borge Gabrielsson, President of Astra Pharmaceutical Company in Sweden, and Martin Matsbo, A famous Swedish racer, introduced the world to revolutionary cross-country waxes under the name Swix®. What made these waxes different from traditional waxes was that they were scientifically formulated from synthetic raw materials rather than natural occurring ingredients such as beeswax, tar, pine resin, fats and oils that were varying greatly in quality and difficult to duplicate in production. They were also the first color-coded waxes: red, blue and green. When the Swedes won all the gold medals in the cross-country events at the 1948 Olympics in St. Moritz on Swix waxes, the ski world took notice.

In 1949 Swix expanded by developing a line of glide wax for alpine skiing, and eventually in 1987 introduced a revolutionary wax for all disciplines called Cera F that certainly is the most successful single racing wax in ski history. As waxes continued their growth and development, Swix also bought the Norwegian Liljedahl Ski Pole factory in 1974 that was the largest manufacturer of cross-country poles in the world. Today, Swix is making approximately one million poles a year for alpine, cross-country, and exercise walking. In 1989 Swix added the Norheim outdoor and ski-clothing factory. Today the Swix apparel line also includes sport-underwear, gloves, hats, and bags.

Swix is now owned by Ferd AS of Norway and most wax manufacturing is done in Lillehammer.

Swix - a name you can trust.