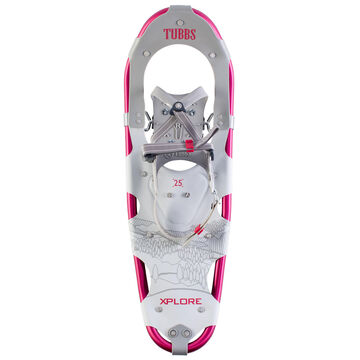 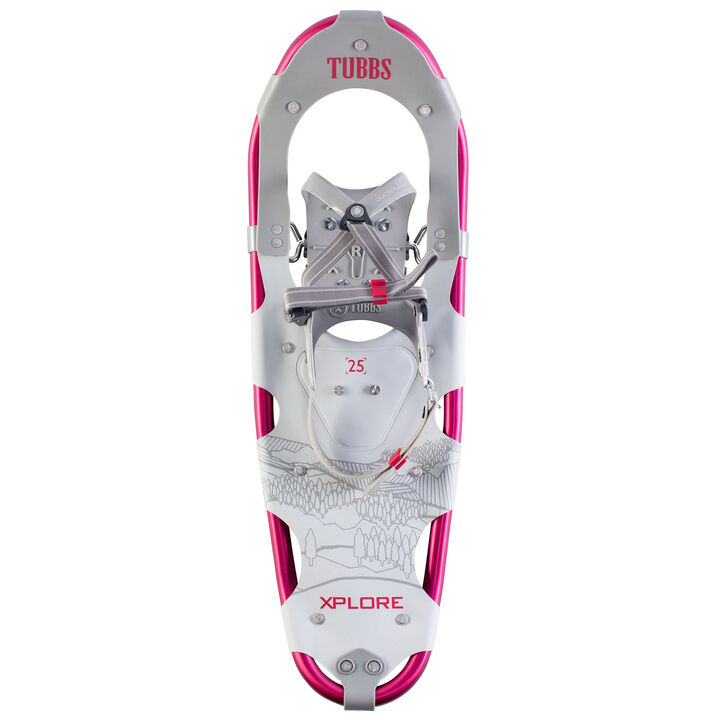 The Tubbs® Women's Xplore is the best way to start snowshoeing! The Xplore snowshoe is the lightweight, easy-to-use answer for experiencing snowshoeing for the first time.

Tubbs' Recreational Series of carbon steel toe and heel crampons feature front and rear braking teeth for secure uphill, downhill, and sidehill grip on packed snow conditions. An intuitive forefoot strap on the QuickPull™ binding slides easily to cinch and unlocks with one push of a buckle, making for fun and carefree trail walking!