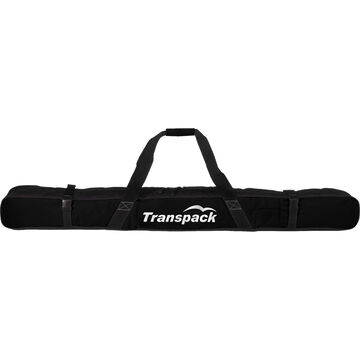 A super tough, padded travel case designed for a single pair of skis.