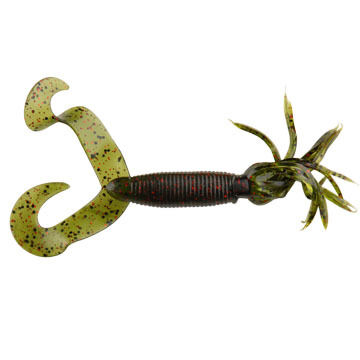 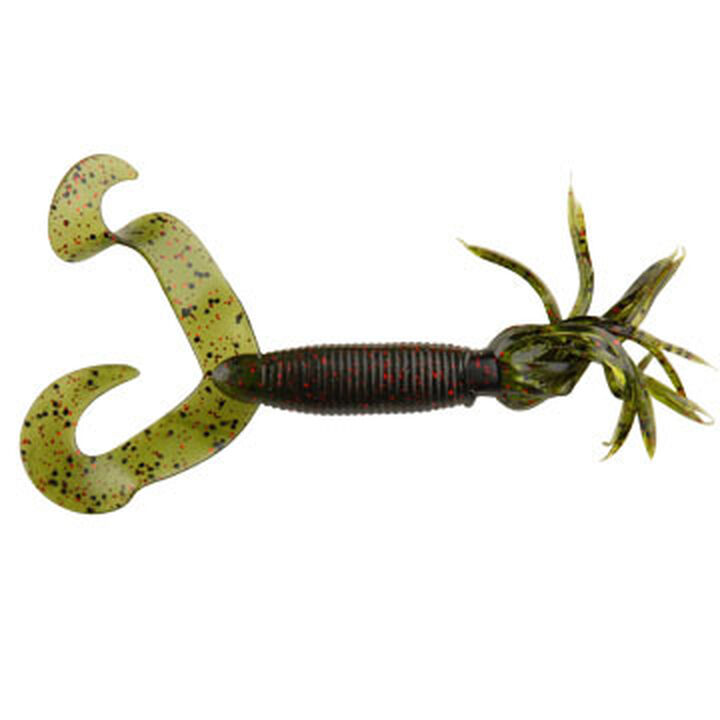 The Gary Yamamoto 5" Double Tail Hula Grub can be worked on a jighead or rigged Texas-style.