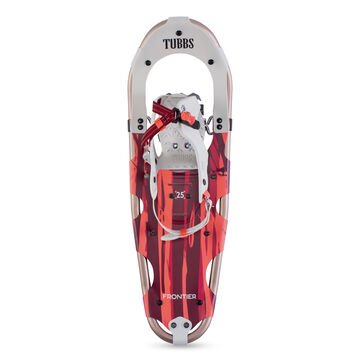 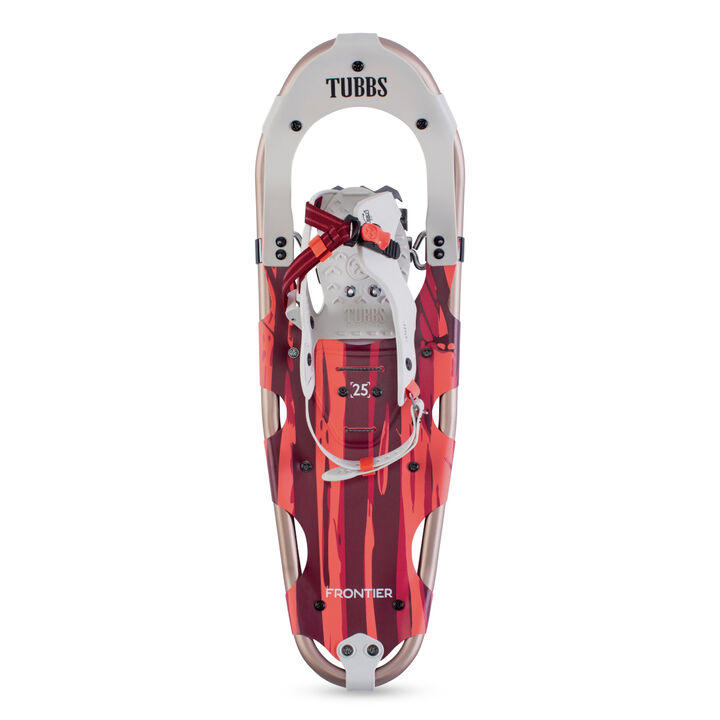 A truly classic snowshoe in every sense! The Women's Frontier has been a staple of the Tubbs® Trail Walking category for years, and things are only getting better. The streamlined 180™ EZ binding makes entry and exit a breeze with a single buckle tightening mechanism, while Control Wings™ and a heel strap provide efficient, lightweight support.

The minimalist design of the Frontier delivers efficient performance on packed trails thanks to the aluminum Fit-Step™ 2.0 frame and SoftTec™ decking. Tubbs recreational series of carbon steel toe and heel crampons feature front and rear braking teeth for secure uphill, downhill, and sidehill grip on packed snow conditions. Whether you're a budding snowshoer or just looking to take on less intense trails and hikes, the Frontier has everything you need for your next winter excursion!