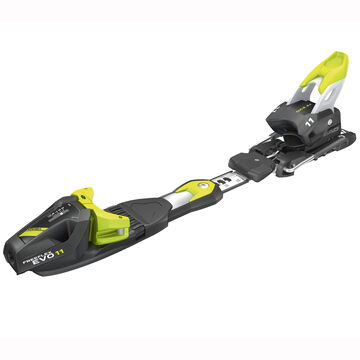 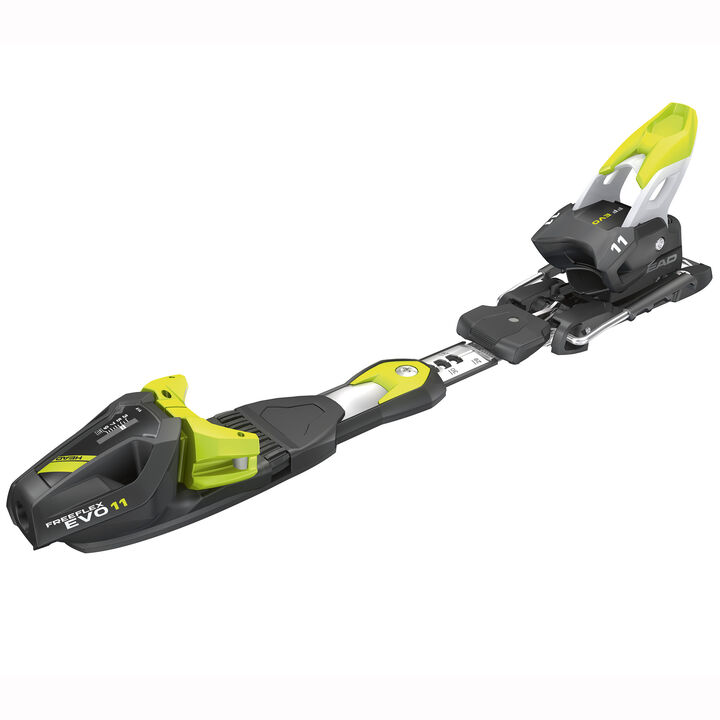 The Freeflex Evo 11 binding fuels your racing ambitions. The forward tilt is reduced, meaning that your foot doesn't dip downward toward the front as much, allowing you to move like a Head World Cup Rebel. This type of centering doubles your power.

The NX heel housing gives your ski boot an even more rock solid grip. The new three-part heel unit makes stepping in and out easy and provides you with more stability and better power transfer. As you chase after your best time, you can rely on unencumbered ski flex. The binding moves with the ski as it bends, allowing you to react with lightning-fast reflexes to anything that comes your way. The proven Full Diagonal Release function keeps you safe. If you fall, your binding releases intelligently: 180 degrees horizontally and vertically.

Tyrolia
The company located in Schwechat, Austria, was founded in 1847 as "Wiener Metallwaren-, Schnallen- und Maschinenfabrik GmbH." The first ski binding was manufactured in 1928.

Ten years later, industrial production was established and in 1949 the first Tyrolia® branded ski binding was produced. The following decades were full of outstanding developments in the ski binding sector, resulting in the modern high-tech products which everyone now appreciates in modern ski sports such as alpine skiing.

Tyrolia has dedicated itself especially to Active Safety as a core characteristic. Unique safety features, such as the exclusive Tyrolia ABS band and Tyrolia Diagonal Heel offer optimal all-around protection for every skier.