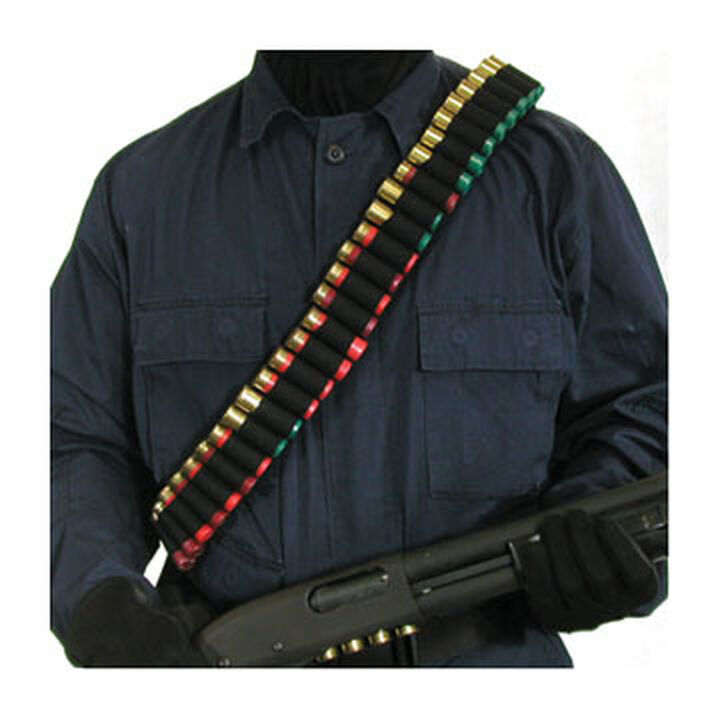 The 55rnd Shotgun Bandoleer has an over the shoulder design.