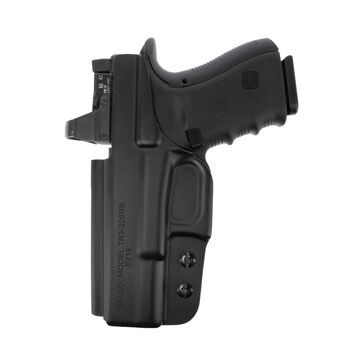 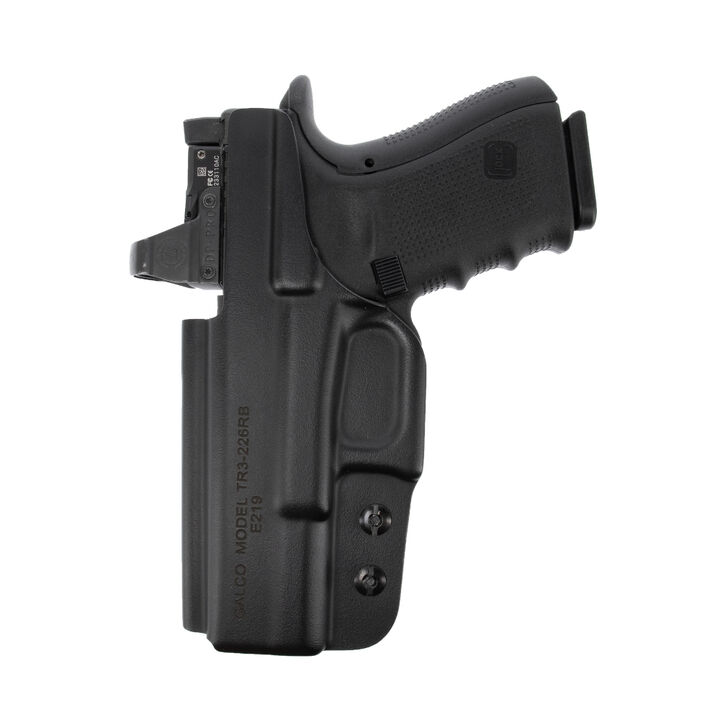 Constructed of durable, virtually maintenance-free Kydex®, the Triton™ 3.0 is fast on the draw, slender in profile, and easy to conceal. The firm holster body allows a smooth and easy return to the holster after the draw, while the raised sweat guard protects the pistol from corrosive perspiration – and also protects the wearer's skin from hard steel.

The improved Triton 3.0's belt clips are adjustable for both height and cant, making it suitable for the strongside, crossdraw, or appendix carry positions. The Triton 3.0 is supplied with two types of interchangeable tuckable clips. The first is the UniClip™, designed to go over the belt, but which also works well without a belt. The second is the Ultimate Stealth™ clip with hook, which fits on the trouser waistband, under or behind a belt with just the clip showing, for the ultimate in stealthy concealment!

Galco International
Galco® International was founded by Richard N. Gallagher in 1969 as a small family business in Chicago, Illinois. Known then as "The Famous Jackass Leather Company," Gallagher specialized in holsters constructed of horsehide.

In 1980 the business was moved from Chicago to its present home in Phoenix, Arizona, and in 1983 the name of the company was changed to Galco International. Already famous for high quality and innovative designs, Galco gained worldwide notoriety when the Jackass shoulder system became a recurring character on the popular 1980s TV series Miami Vice. In the new century, Galco continues to be a favorite choice of Hollywood, appearing in more films and TV shows than any other holster maker.

Perhaps more importantly, Galco remains a major force in real-world firearms usage. Military and law enforcement personnel around the nation and across the world are issued and use Galco products everyday use and in the Global War on Terrorism.

With the rise of Shall Issue concealed carry laws in 41 states, hundreds of thousands of lawfully armed citizens have chosen Galco to carry their defensive handguns. With holsters for every practical carry position and holster handbags for female gun carriers, Galco has become the choice of law-abiding Americans who prefer to go armed.

From premium saddle leather, ballistic nylon, advanced thermoplastics and of course horsehide, and for almost every conceivable firearms use, Galco continues to be, "For those who demand the best... and know the difference."