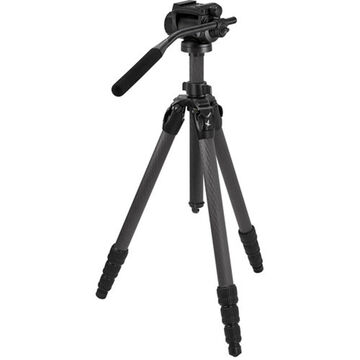 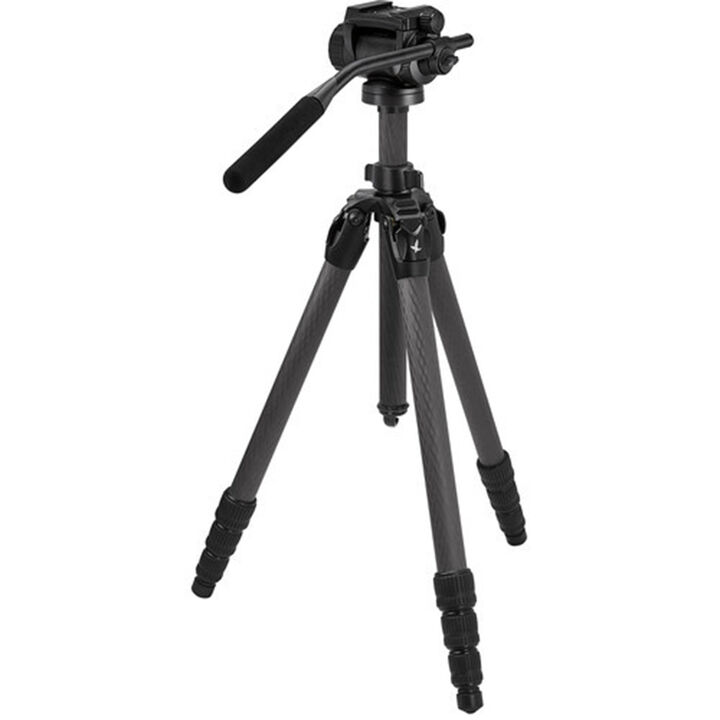 With the easy-to-use CCT Compact Carbon Tripod, you're perfectly equipped for hiking or traveling. It combines low weight and impressive stability - and when it's folded up it’s even small enough to fit in your carry-on luggage.

The CTH Compact Tripod Head has been specially developed for fast viewing and digiscoping. Thanks to the Arca-Swiss-compatible quick-release mechanism, Swarovski Optik® spotting scopes can be mounted quickly and accurately - for a secure and comfortable viewing experience. The counter-balance system also prevents the equipment from tipping backward or forward even if it is not locked, while the integrated fluid bearing ensures smooth, even movements.

Swarovski
In 1935, Wilhelm Swarovski, son of the original founder, was a mere 47 years of age. Already an avid hobby astronomer, Wilhelms passion "to be closer to the stars," as he himself described it, awakened his ambition to build his own, improved binocular. With access to the specialized glass production and finishing technologies already used to manufacture jewelry stones in his fathers factory, Wilhelm managed to develop a novel prism fabrication and grinding process that he applied in constructing his first 6x30 binocular.

Wilhelm went on to found Swarovski Optik® KG in Absam, Tyrol in 1949, thus laying the foundation stone for a sports optics company with a global reputation. His companys first serial product, the Habicht™ 7x42, is still an industry standard in the field of hunting optics and continues, as ever, to be produced by Swarovski Optik in the best tradition of its founder.