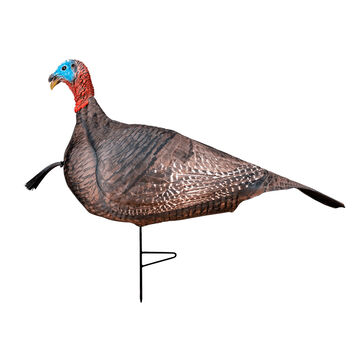 The most realistic decoy on the market! The Primos® Photoform Jake Decoy looks like a young Jake looking to stake his claim. Utilizing a proprietary process that allows Primos to take actual imagery of a Jake and print it on 3D molded lightweight foam, this guy is just bold enough to get those birds fired up and ready to fight! Not only will this decoy be light enough to carry around all day, but it will also allow you to collapse it down to fit right in your vest.