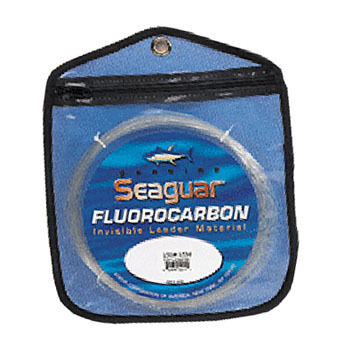 As with all 100% Fluorocarbon products, Fluoro Premier Leader is much less visible underwater than monofilament line and virtually invisible to fish. It's made from 100% Seaguar resins and produced using their proprietary extrusion process.