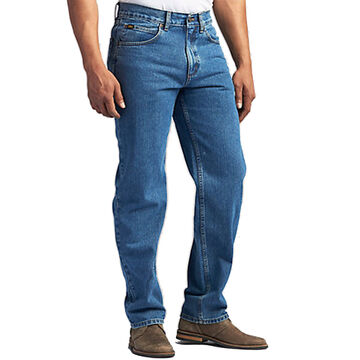 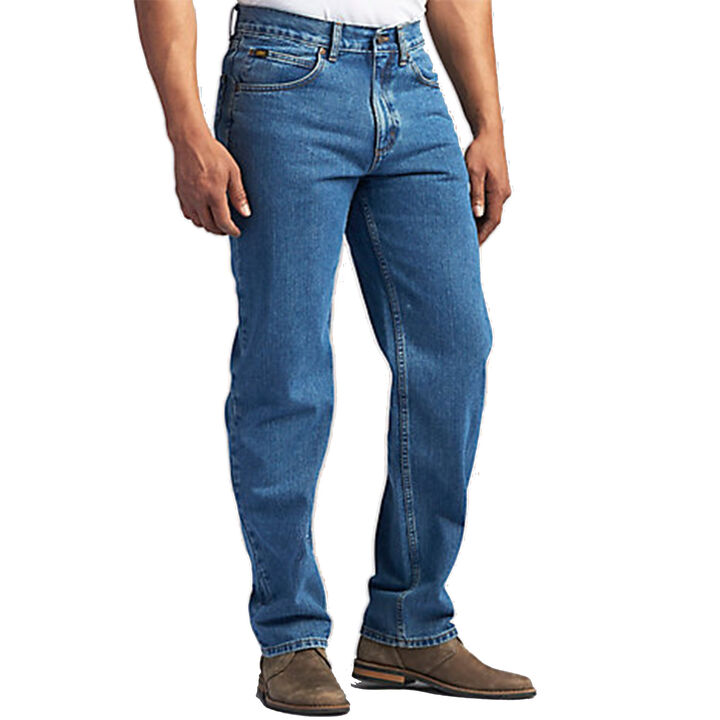 Lee Jeans® Men's Relaxed Fit Tapered Leg Jean has a comfortable fit that is more relaxed through the seat and thigh than the Regular Fit jean. It sits at the waist and fits straight through the leg with a slightly tapered bottom opening.