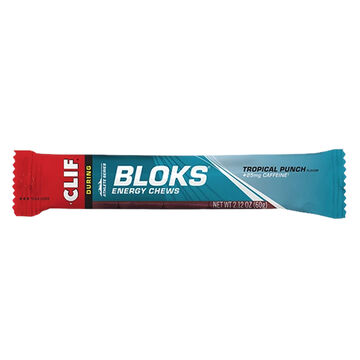 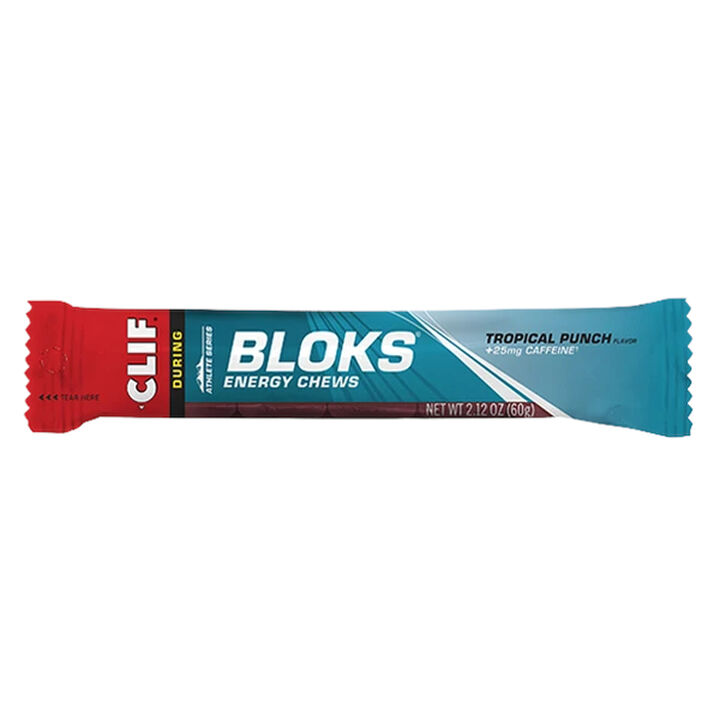 Clif® Bloks® Energy Chews provide quick, chewable, energy to athletes while training and racing. Bloks come in 33 calorie cubes, with sleek and portable packaging, making it easy to customize and track caloric and electrolyte intake during long outings and races.

Half a packet can be consumed 15 minutes prior to activity, followed by 1-2 packets per hour during activity. Consumption of Clif Bloks should always be followed with a mouthful of water.