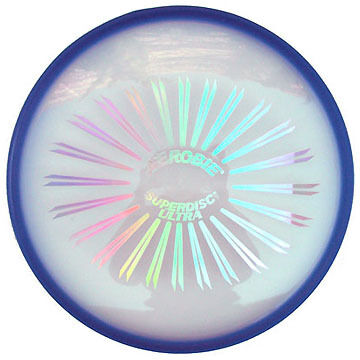 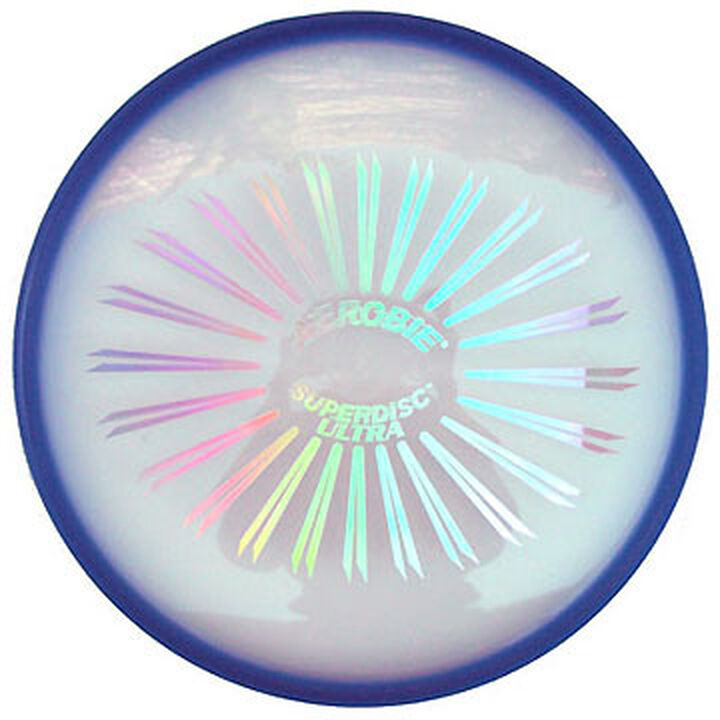 The Superdisc's soft, rubber edge provides a great grip for strong throws. It also feels soft to catch and does not develop sharp scratches and burrs like a conventional disc when it hits pavement. Made from non-toxic materials, the Superdisc's soft edge is also kind to a dog's mouth, making it the disc of choice for many professional dog disc entertainers.
* Color varies - we will choose for you at time of purchase.

From the invention of the Aerobie Pro in 1984... to their first listing in the Guinness Book of World Records in 1986... to the introduction of Squidgies and footballs in the 1990's... to the latest world record of 2003....  The history of the Aerobie brand is rich and plentiful.

Featured in dozens of national publications, ranging from the New York Times to Scientific American to Scholastic News to Elle Magazine, Aerobie sport toys are famous for their high performance standards.