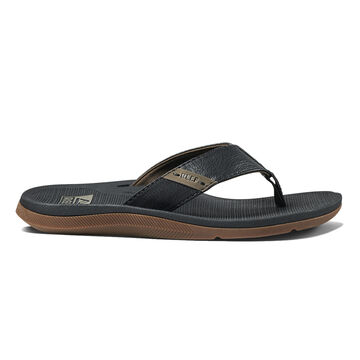 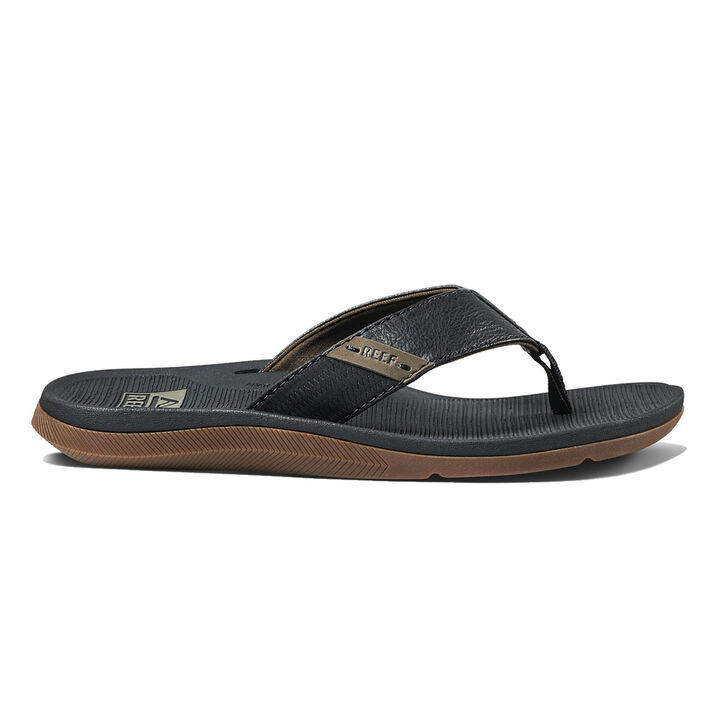 Reef® Men's Santa Ana Flip Flops are designed for epic moments and quiet ones -- chasing waves or studying the clouds from your hammock. Water-friendly, Vegan Leather straps, a soft jersey lining and high arch support are easy on your feet. The Bamboo inspired textured footbed and rubber cupsole lend awesome traction and stability.