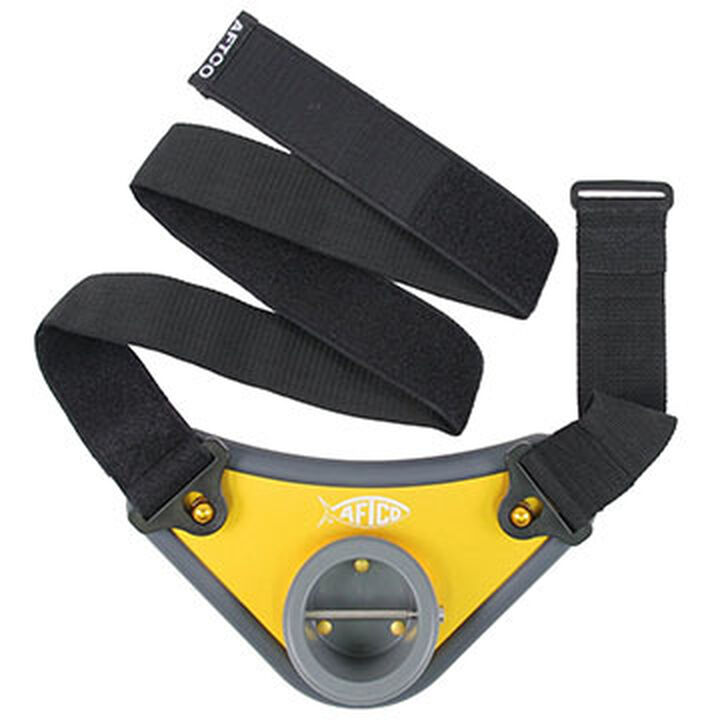 The Alijos fighting belt is designed for use with 20-lb. to 50-lb. lines and is the perfect day belt for stand-up fishing sailfish, dolphin, kingfish, small tuna, yellowtail and other smaller to medium-sized gamefish.

The stainless steel gimbal cross pin is removable, but unique is the thermal-formed nylon liner inside the aluminum gimbal pocket that helps resist scarring. The Alijos fishing rod holder belt is lightweight and easy to wear, yet offers the same heavy-duty features of the larger AFTCO® fishing rod holder belts.

AFTCO
AFTCO® stands for the American Fishing Tackle Company and was established in 1958 in Newport Beach, California by J.C. Axelson, a pioneer in big game tackle development. In 1973, Milt Shedd - a legendary innovator, himself - and wife Peggie purchased AFTCO, and a new company evolved with a concern for both the fishing customer and marine resources.

AFTCO and the Shedd family have been great supporters of the ocean and its creatures. Some of their ocean involvement includes: the co-founding of SeaWorld, the founding of the Hubbs-SeaWorld Research Institute, several million in cash contributions, more than 10,000 hours of donated time to conservation issues by AFTCO's president, and playing a major role in the elimination of gillnets and longlines.