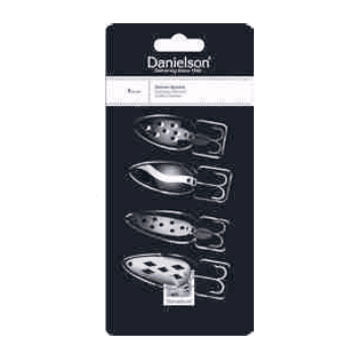 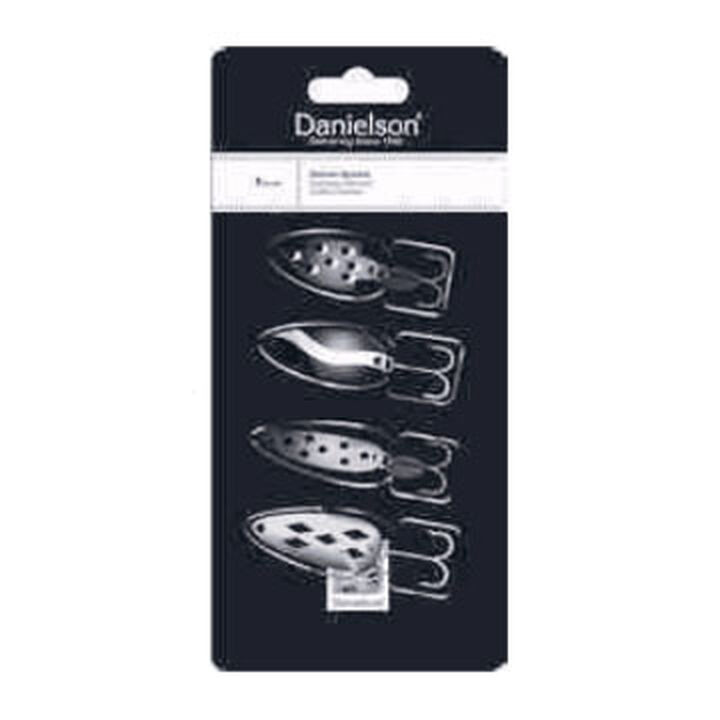 Danielson® offers a wide variety of high quality lures. All Danielson lures are manufactured to the highest standards using the best material available to help you be more productive on the water!

The unique design of this spoon creates a powerful influence over gamefish.

Danielson
Prior to 1943, Lillian Danielson was a professional fly tier with her own fly tying business located in Seattle, Washington. Along with her regular customers, Lillian tied special fly patterns for such notables as Zane Grey, Clark Gable, the Marx Brothers, Bing Crosby, the Hills Brothers, and Bill Boeing. She also perfected, along with Bill Boeing, the original Coho Salmon Fly. As the company grew, the Danielsons employed and trained local workers to tie a variety of flies, leaders, and snelled hooks. Under the leadership of Steve Danielson, the Danielson Company expanded their product mix to include terminal tackle, nets, marine, crabbing and shellfish, clothing, tools, accessories, lures, and much more.

Today, as part of Big Game International, Danielson is one of the largest terminal tackle, crabbing, lure and accessory companies in the world. They continue to grow year after year. Although they've grown, The Danielson Company motto is still, "Delivering since 1943," because they pride themselves on delivering the same level of quality, innovation, and service as Lillian and Gus Danielson started in 1943.