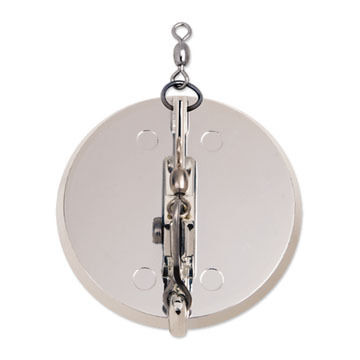 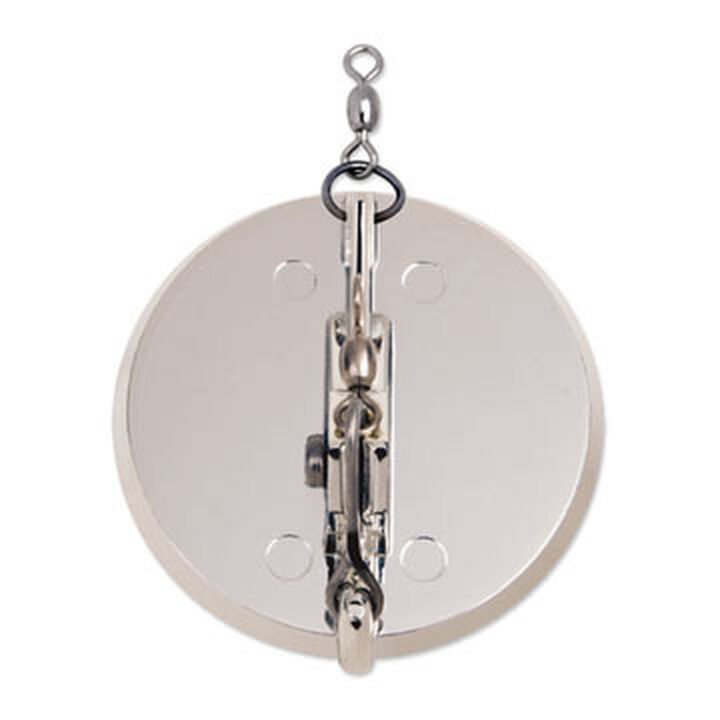 The special round shape and resulting multi-directional feature sets the Dipsy Diver apart from all other divers and planers.

A shift left or right, as indicated on the base plate, will cause the diver to track to port or starboard, allowing for large spreads of lures to be fished from a single boat. You'll cover more water when the Dipsy Divers are deployed. The adjustable trip mechanism can be set specifically for various lure sizes and the size of target fish.