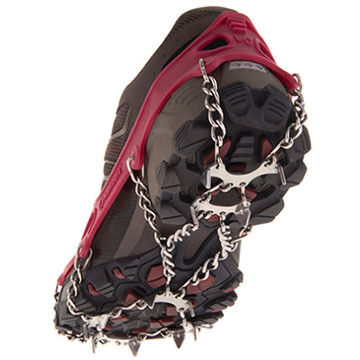 MICROspikes® deliver unrivaled traction on icy winter trails. Easy to use with any shoe, MICROspikes are tough enough to handle any adventure and pack down to fit in your pocket.