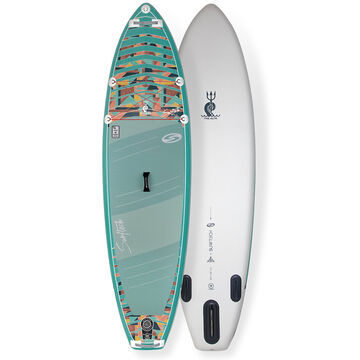 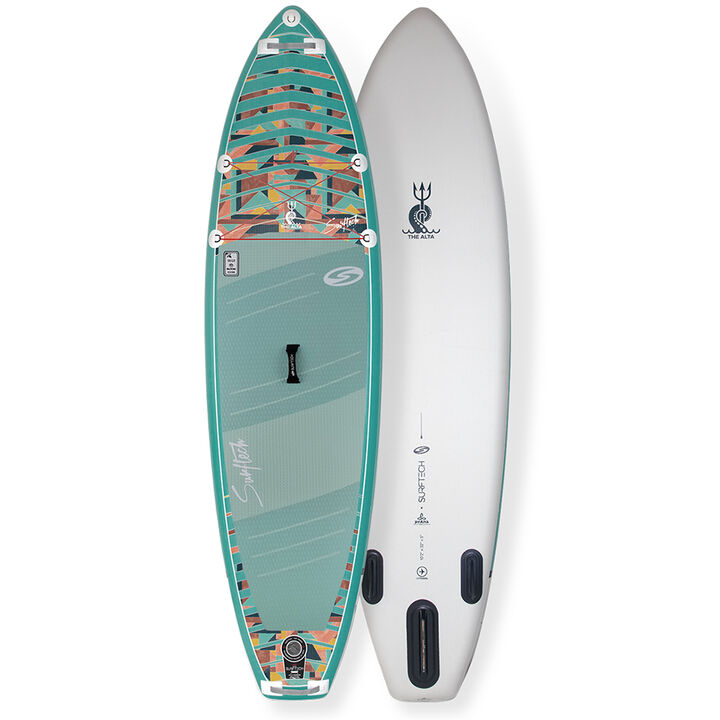 The Surftech® Alta Air-Travel 10' 2" Inflatable SUP introduces a unique prAna® graphic, with women specific lengths and shapes, to their Air-Travel lineup. This model provides any type of paddler with the best option for their recreational and touring adventures. Surftech Inflatables come with a dual-action hand pump to transform from duffel bag sized to a full-sized SUP in just minutes!

Surftech
Randy French founded Surftech® in 1989 when his background as a surfboard shaper and a pioneer in the windsurf industry drove him to experiment with different materials in an effort to make surfboards lighter and stronger. He adapted the composite board construction techniques he had developed for windsurf boards to surf, which resulted in major technological breakthroughs with regard to both board durability and weight.

Surftech officially began when Randy built a prototype with Rusty Preisendorfer at his factory in Oregon. These original boards remain the most sought after of all Surftech shaper's sample boards. Surftech soon partnered with a world class international factory that matches Surftech's commitment to excellence, providing unparalleled capabilities, strong environmental awareness, and unmatched craftsmanship.

Surftech's first production surfboards were a series of wood veneer models shaped by Randy French. Their success led the company to partner with other shapers who wanted to use Surftech's composite construction to make their already high quality surfboards considerably stronger and lighter.

Since that time, Surftech has enjoyed amazing growth and now offers a wide range of technologies across both its surf and SUP lines. In addition to Tuflite and the Wood lines, they sell ULTRAFLX, SoftTop, and BlackTip - with several new technologies to come!