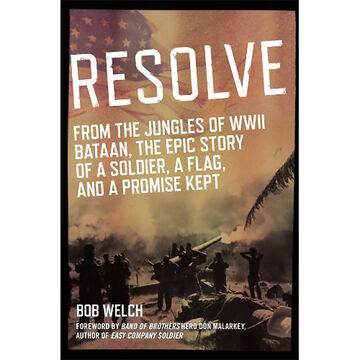 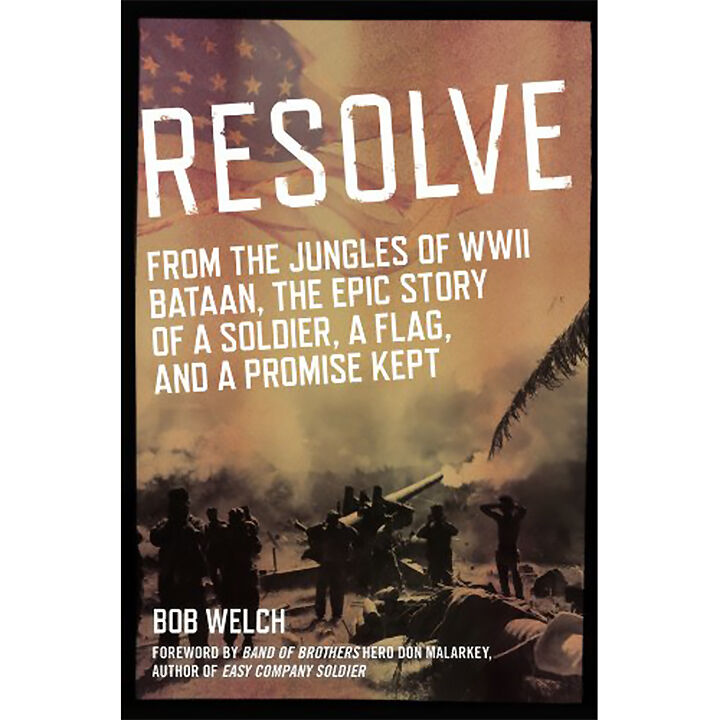 Resolve: From the Jungles of WW II Bataan, a Story of a Soldier, a Flag, and a Promise Kept by Bob Welch

On April 9, 1942, thousands of U.S. soldiers surrendered as the Philippines' island of Luzon fell to the Japanese. A few hundred Americans placed their faith in their own hands and headed for the jungles.

One of them was Clay Conner Jr. - a twenty-three-year-old Army Air Force communications officer who had never even camped before. The obstacles to Conner's survival were as steep as the Zimbales Mountains that Conner had to traverse daily: among them, malaria, heat, jungle rot, snakes and mosquitoes. Beyond that, the threat of enemy soldiers who would ultimately put a price on Conner's head, and local natives and villagers who claimed to be his friends only to later betray him. And, finally, he had to overcome his own self doubts, struggle with the despair of having to bury dead comrades, deal with friction among his fellow American soldiers, and survive years passing with little hope of rescue.

But if conflict reveals character, Conner showed himself to be a man of iron will, unbridled boldness, and endless perseverance. Inspired by an unlikely alliance with a tribe of arrow-shooting pygmy Negritos, by the words in a dog-eared New Testament, and by a tattered American flag that he vowed to someday triumphantly fly at battalion headquarters, Conner would survive and fight for almost three years.