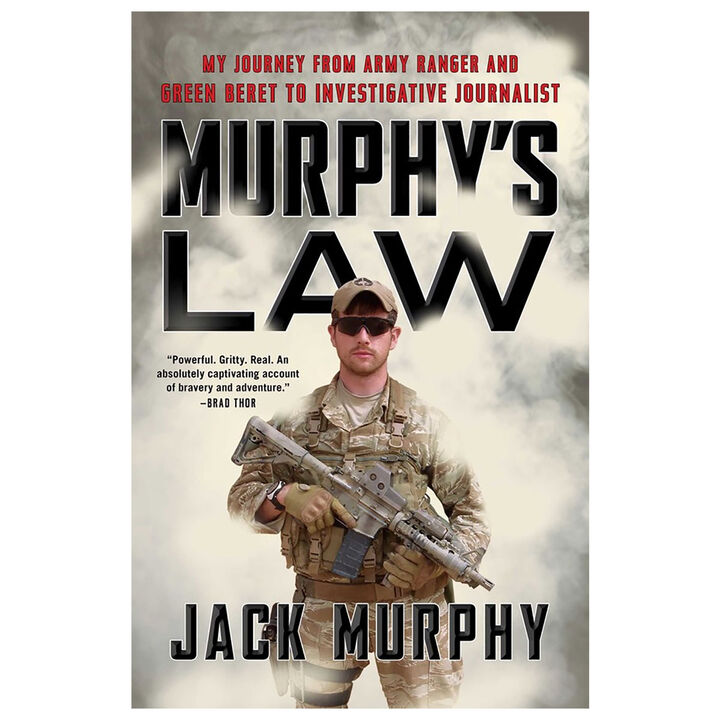 Murphy's Law: My Journey from Army Ranger and Green Beret to Investigative Journalist by Jack Murphy

Growing up in small New York towns, Jack Murphy knew he wanted to lead a life far from the ordinary - a life of adventure and valor. After the 9/11 attacks, he enlisted in the Army, knowing this was his chance to fight for a cause he staunchly supported. After making it through the rigorous Ranger Indoctrination Program, he graduated from sniper school and was promptly deployed to Afghanistan, where his experiences went from ordinary to extraordinary.

In this gripping military memoir, Murphy recounts the multiple missions he underwent as a Ranger, a Special Forces weapons sergeant, and ultimately, a boots-on-the-ground journalist. From enemy ambushes, dodging explosives, crashing terrorists' weddings, and landing helicopters in the streets of Mosul, Jack provides a hard-hitting glimpse of what combat is like in some of the world's most dangerous, war-torn places. With tours of duty in two of the most decorated units of the armed forces, Murphy brings a unique perspective to the military genre as he reflects on his great triumphs and shattering failures both on and off the battlefield.

Later, Murphy turned his attention to breaking news within the military. His stories have taken him from Iraq to Switzerland, from Syria to South Korea. From crossing Middle Eastern borders in the dead of night, to rolling into an IED-laden zone, Murphy's stories are always a thrill a minute. Murphy's Law tells a story of intense bravery and sacrifice - both on and off the battlefield.