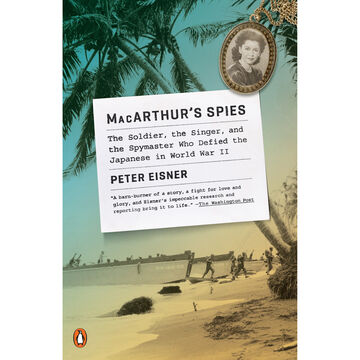 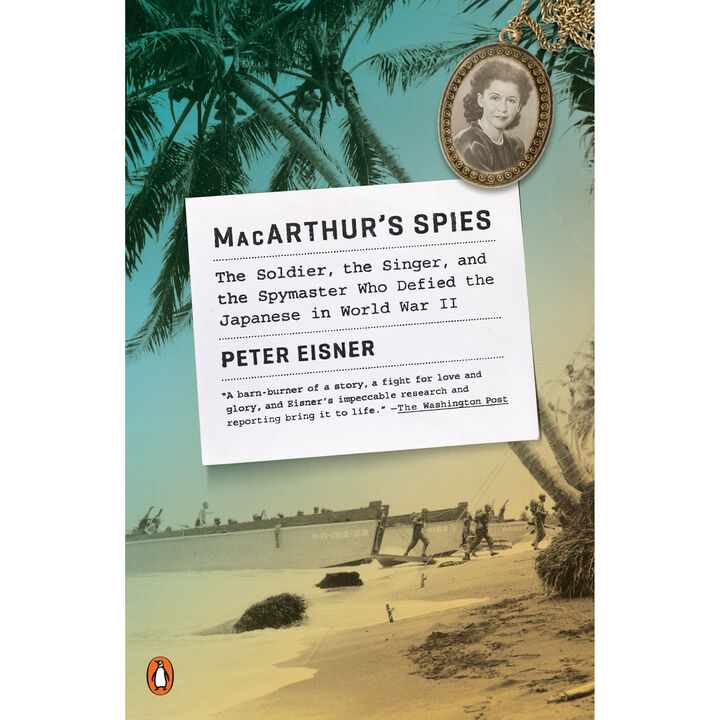 MacArthur's Spies: The Soldier, the Singer, and the Spymaster Who Defied the Japanese in World War II by Peter Eisner

On January 2, 1942, Japanese troops marched into Manila unopposed by U.S. forces. Manila was a strategic port, a romantic American outpost and a jewel of a city. Tokyo saw its conquest of the Philippines as the key in its plan to control all of Asia, including Australia. Thousands of soldiers surrendered and were sent on the notorious eighty-mile Bataan Death March. But thousands of other Filipinos and Americans refused to surrender and hid in the Luzon hills above Bataan and Manila.

MacArthur's Spies is the story of three of them, and how they successfully foiled the Japanese for more than two years, sabotaging Japanese efforts and preparing the way for MacArthur's return. From a jungle hideout, Colonel John Boone, an enlisted American soldier, led an insurgent force of Filipino fighters who infiltrated Manila as workers and servants to stage demolitions and attacks. Chick Parsons, an American businessman, polo player, and expatriate in Manila, was also a U.S. Navy intelligence officer. He escaped in the guise of a Panamanian diplomat, and returned as MacArthur's spymaster, coordinating the guerrilla efforts with the planned Allied invasion. And, finally, there was Claire Phillips, an itinerant American torch singer with many names and almost as many husbands. Her nightclub in Manila served as a cover for supplying food to Americans in the hills and to thousands of prisoners of war. She and the men and women who worked with her gathered information from the collaborating Filipino businessmen; the homesick, English-speaking Japanese officers; and the spies who mingled in the crowd.