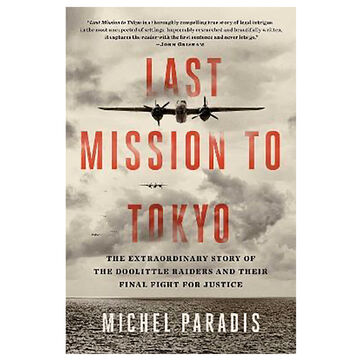 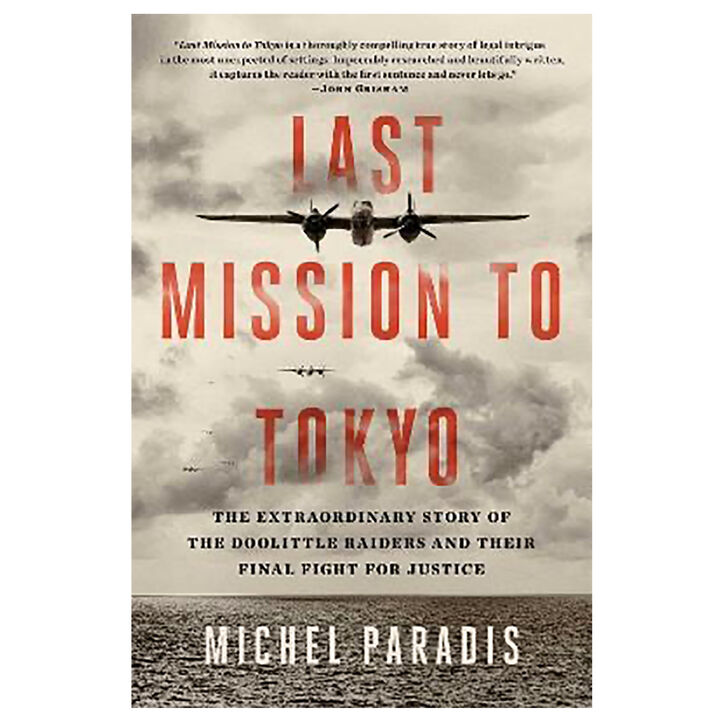 Last Mission to Tokyo: The Extraordinary Story of the Doolittle Raiders and Their Final Fight for Justice by Michael Paradis

A thrilling narrative that introduces a key but underreported moment in World War II: The Doolitte Raids and the international war crimes trial in 1945 that defined Japanese-American relations and changed legal history.

In 1942, freshly humiliated from the attack on Pearl Harbor, the United States was in search of a plan. President Roosevelt, determined to show the world that our nation would not be intimidated or defeated by enemy powers, demanded recommendations for a show of strength. Jimmy Doolittle, a stunt pilot with a doctorate from MIT, came forward, and led eighty young men, gathered together from the far-flung corners of Depression-era America, on a seemingly impossible mission across the Pacific. Sixteen planes in all, they only had enough fuel for a one-way trip. Together, the Raiders, as they were called, did what no one had successfully done for more than a thousand years. They struck the mainland of Japan and permanently turned the tide of the war in the Pacific.

Almost immediately, The Doolittle Raid captured the public imagination, and has remained a seminal moment in World War II history, but the heroism and bravery of the mission is only half the story. In Last Mission to Tokyo, Michel Paradis reveals the dramatic aftermath of the mission, which involved two lost crews captured, tried, and tortured at the hands of the Japanese, a dramatic rescue of the survivors in the last weeks of World War II, and an international manhunt and trial led by two dynamic and opposing young lawyers - in which both the United States and Japan accused the other of war crimes - that would change the face of our legal and military history.

Perfect for fans of Lucky 666 and Nuremberg: Infamy on Trial, Last Mission to Tokyo is a thrilling war story-meets-courtroom-drama that explores a key moment in World War II.