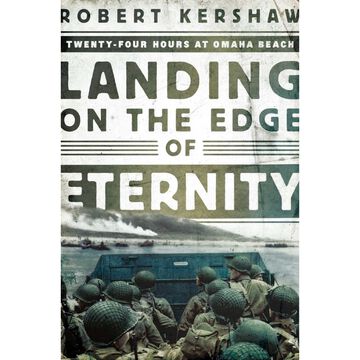 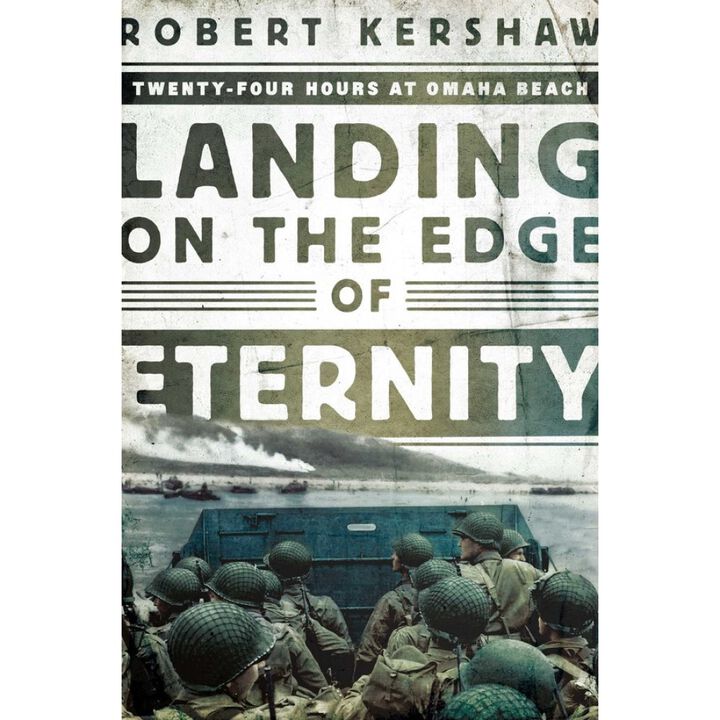 Landing on the Edge of Eternity: Twenty-Four Hours at Omaha Beach by Robert Kershaw

Before World War II, Normandy's Plage d'Or coast was best known for its sleepy villages and holiday destinations. Early in 1944, German commander Field Marshal Erwin Rommel took one look at the gentle, sloping sands and announced, "They will come here!" He was referring to Omaha Beach - the prime American D-Day landing site. The beach was subsequently transformed into three miles of lethal, bunker-protected arcs of fire, with seaside chalets converted into concrete strongpoints, fringed by layers of barbed wire and mines. The Germans called it the Devil's Garden.

When Company A of the US 116th Regiment landed on Omaha Beach in D-Day's first wave on 6th June 1944, it lost 96% of its effective strength. Sixteen teams of US engineers arriving in the second wave were unable to blow the beach obstacles, as first wave survivors were still sheltering behind them. This was the beginning of the historic day that Landing on the Edge of Eternity narrates hour by hour - from midnight to midnight - tracking German and American soldiers fighting across the beachhead.

Mustered on their troop transport decks at 2 am, the American infantry departed in landing craft at 5 am. Skimming across high waves, deafened by immense broadsides from supporting battleships and weak from seasickness, they caught sight of land at 6:15. Eleven minutes later, the assault was floundering under intense German fire. Two and a half hours in, General Bradley, commanding the landings aboard USS Augusta, had to decide if to proceed or evacuate. On June 6th there were well over 2400 casualties on Omaha Beach - easily D-Day's highest death toll.

The Wehrmacht thought they had bludgeoned the Americans into bloody submission, yet by mid-afternoon, the American troops were ashore. Why were the casualties so grim, and how could the Germans have failed? Juxtaposing the American experience-pinned down, swamped by a rising tide, facing young Wehrmacht soldiers fighting desperately for their lives, Kershaw draws on eyewitness accounts, memories, letters, and post-combat reports to expose the true horrors of Omaha Beach.

These are stories of humanity, resilience, and dark humor; of comradeship and a gritty patriotism holding beleaguered men together. Landing on the Edge of Eternity is a dramatic historical ride through an amphibious landing that looked as though it might never succeed.