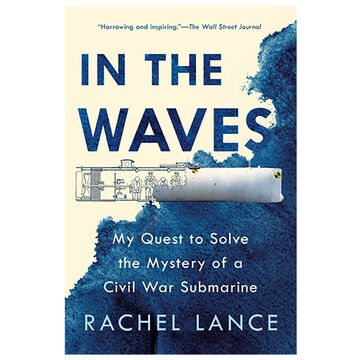 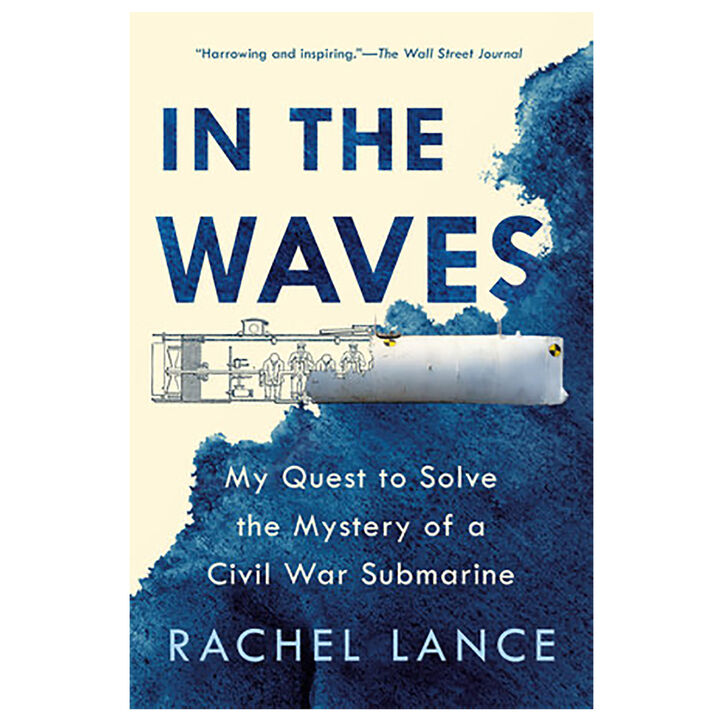 In The Waves: My Quest to Solve the Mystery of a Civil War Submarine by Rachel Lance

On the night of February 17, 1864, the tiny Confederate submarine HL Hunley made its way toward the USS Housatonic just outside Charleston harbor. Within a matter of hours, the Union ship's stern was blown open in a spray of wood planks. The explosion sank the ship, killing many of its crew. And the submarine, the first ever to be successful in combat, disappeared without a trace.

For 131 years the eight-man crew of the HL Hunley lay in their watery graves, undiscovered. When finally raised, the narrow metal vessel revealed a puzzling sight. There was no indication the blast had breached the hull, and all eight men were still seated at their stations - frozen in time after more than a century. Why did it sink? Why did the men die? Archaeologists and conservationists have been studying the boat and the remains for years, and now one woman has the answers.

In the Waves is much more than just a military perspective or a technical account. It's also the story of Rachel Lance's single-minded obsession spanning three years, the story of the extreme highs and lows in her quest to find all the puzzle pieces of the Hunley. Balancing a gripping historical tale and original research with a personal story of professional and private obstacles, In the Waves is an enthralling look at a unique part of the Civil War and the lengths one scientist will go to uncover its secrets.

Penguin Random House
Penguin Random House® is the international home to more than 300 editorially and creatively independent publishing imprints. Together, their mission is to foster a universal passion for reading by partnering with authors to help create stories and communicate ideas that inform, entertain and inspire, and to connect them with readers everywhere.