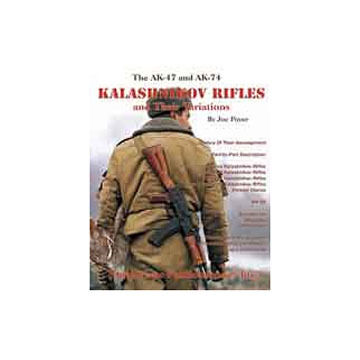 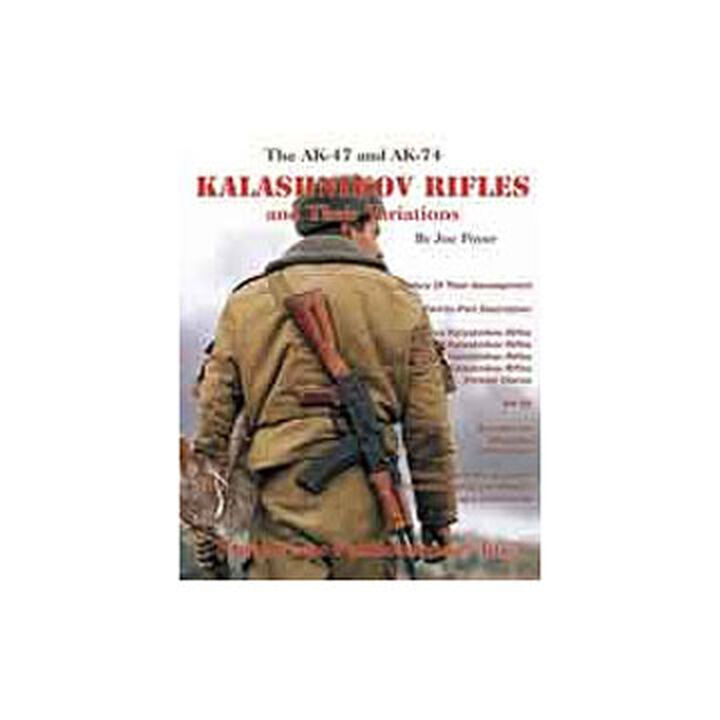 This book contains the most complete and up-to-date examination of the famed Kalashnikov rifle yet that every shooter and collector needs. The book provides a part-by-part examination of the AK-47 and AK-74 rifles and describes in detail all the major variations between the 7.62 x 39 mm AK-47 and ARM. Also the 5.45 x 39 mm AK-74, AK-74M and AKS-74U, and the new Century series AK-101 THRU AK-108 rifles and submachine guns now being produced in the Russian Federation.

Other chapters include:
Also described are the Soviet and other national sniper rifles and the new Russian An-94, the replacement for the AK-74.

Appendices contain information on how to identify models and national origins of entire rifles, as well as parts, by markings and finishes, serial numbers, assembly/disassembly, cleaning and maintenance, operation, troubleshooting, accessories, parts suppliers, and the legal considerations of owning or assembling an assault weapon under the various federal laws - its easier than you might think.
ISBN: 1-882391-41-1
More »
More About Anglers Book Supply

Anglers Book Supply
Angler's Book Supply® is a family owned and operated business, and for almost 15 years they've provided their customers with unbeatable selection and excellent service.
With well over 4,500 titles from more than 450 publishers in stock, ABS offers the most complete selection of fly fishing, fishing, and hunting titles available anywhere.