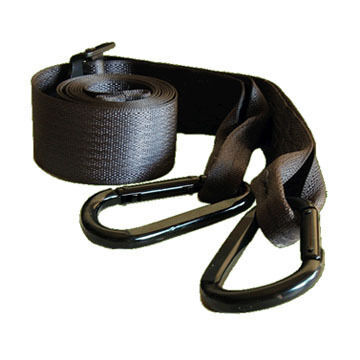 The Hunter Safety System® Lineman's Climbing Strap utilizes a web strap rather than the rope. This modification allows easier movement up the tree and fast, secure adjustment.