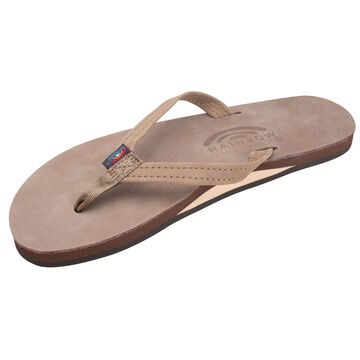 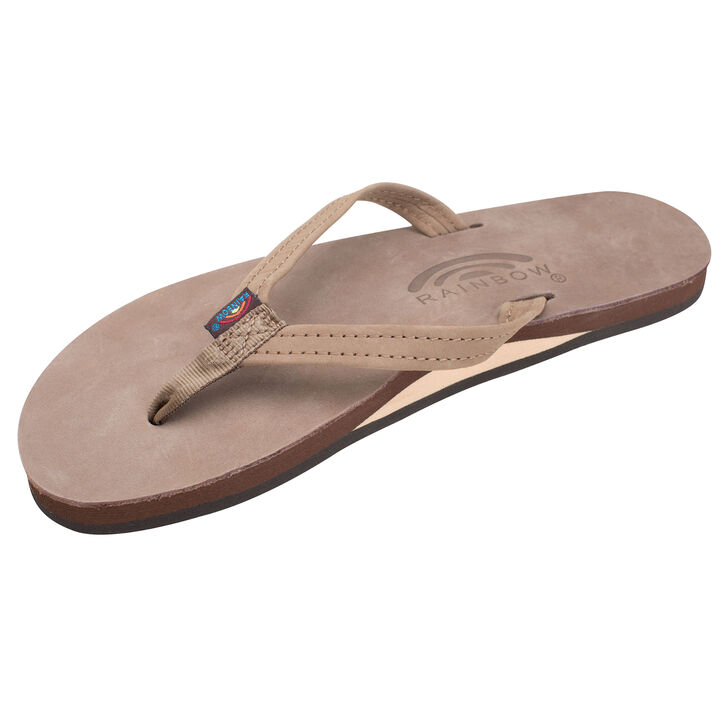 Rainbow Sandals Inc.
Originally contemplated in 1972, Jay Sparky Longley experimented making sandals in his Laguna Beach garage. With $200, Sparky bought a sewing machine and some rubber and started his conquest: To make the worlds best sandal. Sparky first started selling sandals to Dick Metz of Hobie where he could make 6 pairs and put them on consignmentthey sold and Sparky made enough money to make 12 pairs. While this Hobie consignment operation went on, Sparky also tried selling sandals in the parking lot of the Sawdust Festival. From possibly angering Sawdust operators and other paying Sawdust vendors, Sparky was suggested to move down to San Clemente where he officially started Rainbow® Sandals, Inc. in 1974.
After years of hard work, trial and error, and tenacity, Sparky was able to develop a sandal that looked good, felt great, and didnt wear out. Sparky spent years selling this sandal and after a while the word about Rainbow® Sandals started to catch on. In 2000 Rainbow® Sandals started to experience a faster-than-ever growth in sales. In 2002, Rainbow® Sandals had to open a corporate facility on 900 Calle Negocio in order to keep up with business. Today, Rainbow® Sandals makes 2,000,000 pairs of sandals a year.
Rainbow® Sandals are created by hand, using specially formulated glue to keep the layers together and the straps in place (no more broken sandals littering our beaches).  Sparky personally formulated the various densities of sponge rubber with "memory" to mold to individuals' feet (very comfortable).  The reputation of making quality and comfortable sandals being passed from customer to customer is how Rainbow® has grown to be the popular sandal they are today.