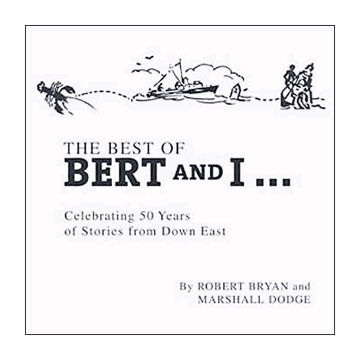 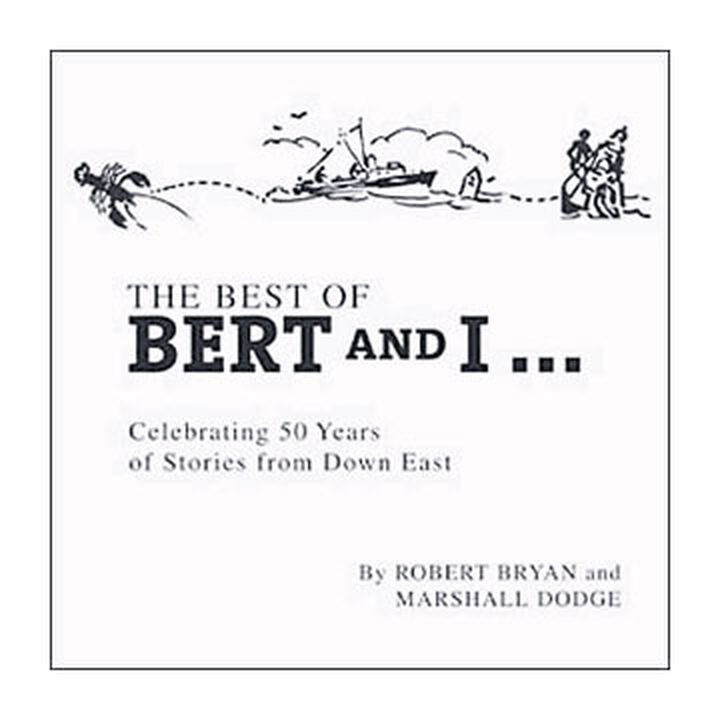 The Best of Bert and I: Celebrating 50 Years CD by Robert Bryan and Marshall Dodge

This CD features the best routines selected from the four original Bert and I CDs, plus stories taken from Bert and I On Stage and The Downeast Smile-In television show featuring Marshall Dodge.

All tracks on this commemorative CD have been digitally remastered for clarity. These 34 stories wonderfully capture the groundbreaking, iconic brilliance of Dodge and Bryan, and include Bert and I, Which Way to Millinocket?, Set âer again, Gagnon, and No News.

Marshall "Mike" Dodge stands undeniably as a godfather of Down East humor, bringing an energy and imagination to the stage that took him from a small Connecticut studio to his standing as the premier New England humorist of his era, before he was tragically killed by a hit-and-run driver in Hawaii in 1982. He was just 45. Mike was born in New York, attended high school in New Hampshire (where he first heard Down East humor), and graduated from Yale, where he studied philosophy. It was at Yale in 1958 that he and Bob Bryan cut the first Bert and I album and launched what is now a Maine icon.

Robert Bryan helped launch Bert and I with Dodge in part by drawing upon his memories from childhood summers spent at his beloved Tunk Lake, where he was fascinated by the area's stories and storytellers. Like Dodge, Bob was born and raised in New York and graduated from Yale. Unlike Dodge, who continued as full-time performer, Rev. Robert A. Bryan used earnings from the early records in the 1960s to help launch and grow another dream - the Quebec-Labrador Foundation, which provides support to remote communities mainly in Quebec and Labrador. Bob continues as a major force at QLF and remains involved in the continued life of Bert and I.
ISBN: 978-1-934031-05-6

Islandport Press
Islandport Press® is a dynamic, award-winning publisher dedicated to stories rooted in the essence and sensibilities of New England. They strive to capture and explore the grit, heart, beauty, and infectious spirit of the region by telling tales that can be appreciated by readers, dreamers, and adventurers everywhere.