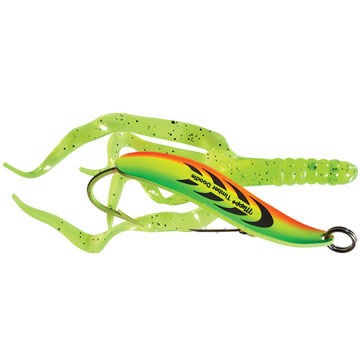 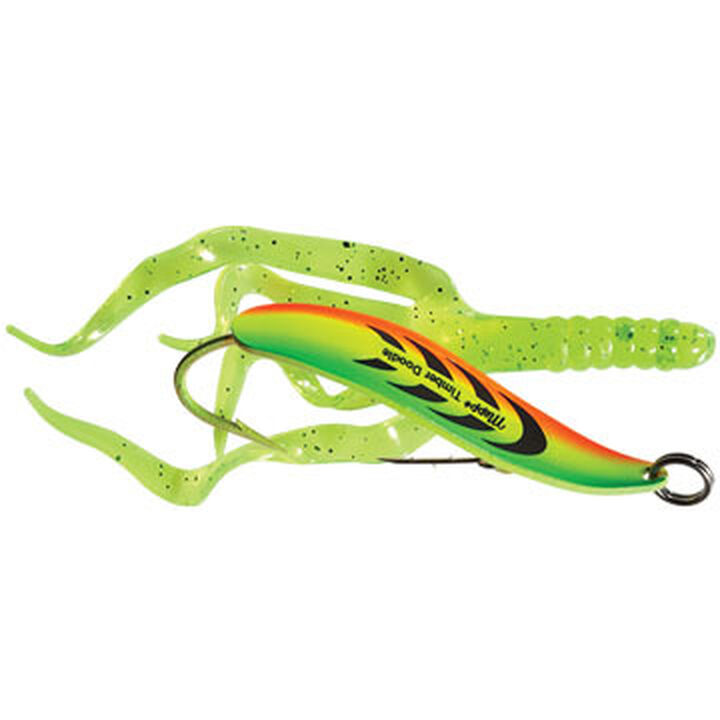 Anyone can fish thick weeds or cover with a Mepps® Timber Doodle because Timber Doodles, when rigged with a Mister Twister® Split Double Tail, are virtually weedless.