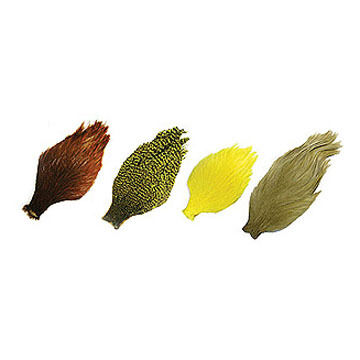 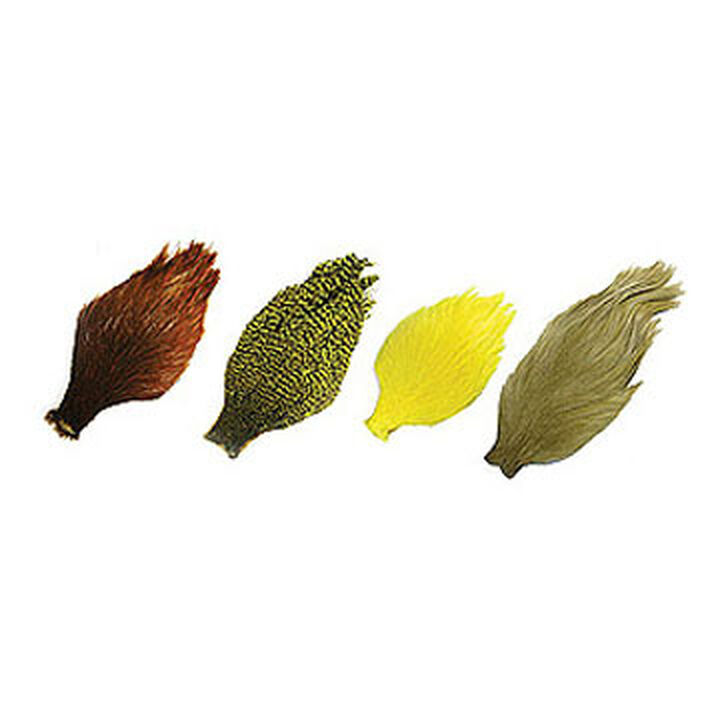 These rooster necks from China have been a standard staple in every fly tyer's box for decades.

Wapsi Fly
In 1945, Lacey Gee of Independence, Iowa began a fly tying business. With some financial help and encouragement from the owner of Wapsi Produce Company, Lacey established the Wapsi® Fly Company. Previously, he had been employed by the poultry processing plant, which provided a ready source of feathers. That, along with incentive, imagination and a good deal of skill in fly tying, became the basis for his new business. The name, Wapsi, was a natural, as the buildings housing it were located on the banks of the Wapsipinicon River.

In 1978 Tom and his wife, Ann, moved their family and Wapsi to Mountain Home, Arkansas. The promise of milder climate, great fishing, and new facilities provided the incentive. Today, Wapsi fills 62,000 square feet and plans to continue expansion. They are pleased to be a part of a growing industry where they can count on their competitors as friends.