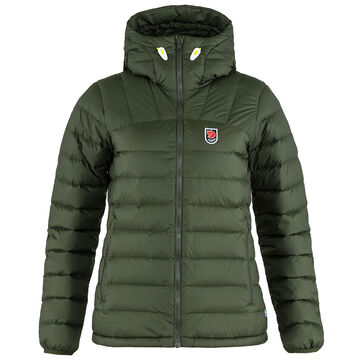 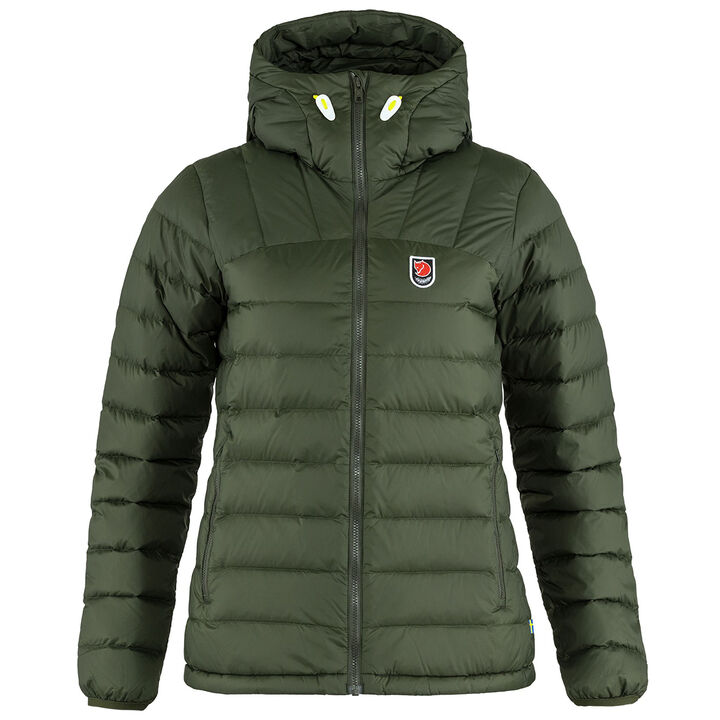 Fjällräven® Women's Expedition Pack Down Hoodie is a lightweight, flexible hooded down jacket for winter activities. Perfect as a reinforcement garment on top of or under a shell jacket, and easy to pack into a backpack – or its own pocket – when it isn’t being used. Padded with one layer of ethically produced down in stitch-through channels, with synthetic insulation over the shoulders for extra resistance against pressure and moisture. Part of Fjällräven’s Expedition Series with iconic designs, sustainably produced materials and high reliability in cold conditions.

Fjallraven
In the 1950's, 14 year-old Åke Nordin from Örnsköldsvik in Northern Sweden spent more time outdoors than indoors. After many long treks in the mountains, Åke decided the backpacks at the time were unsatisfactory and took matters into his own hands by building a wooden frame. This evenly distributed weight across his back so the pack did not end up uneven, pear-shaped, and uncomfortable. It also meant he could carry more weight with ease. Åke's innovation quickly caught on and in 1960 Fjällräven® became the first to commercially make and distribute framed backpacks.