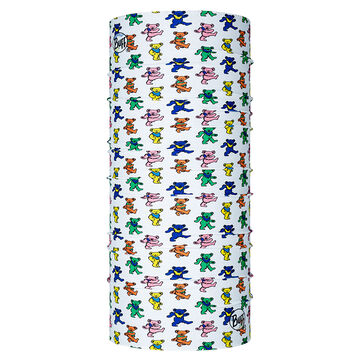 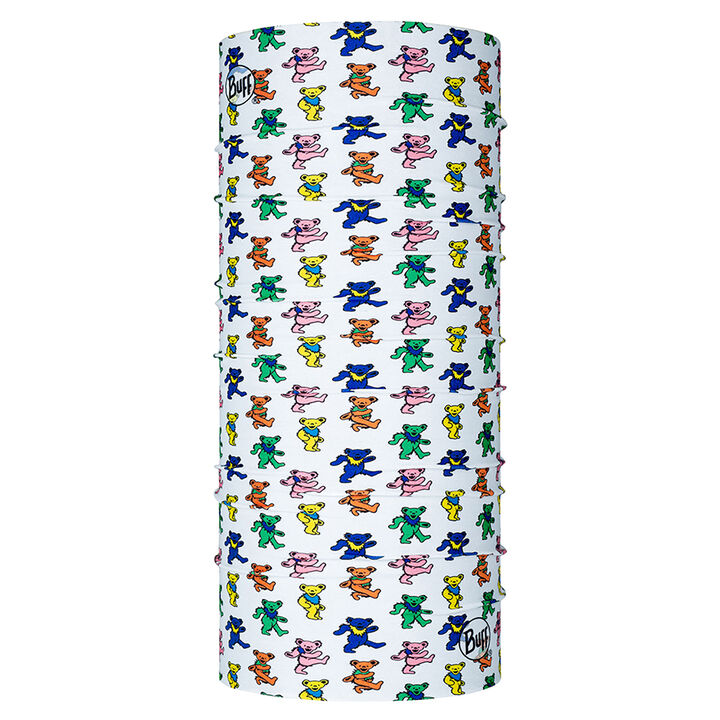 It can be worn 12 different ways - from cap to balaclava, neck gaiter to hair tie - for optimal performance and protection, personalized style, and a perfect fit.

Original Buff® Headwear was developed by Joan Rojas, a textile manufacturer, who struck gold one day while riding his motorcycle on the desolate Catalan roads of Spain. An avid biker since the 1970's, Rojas found that while he was out riding with his friends, he needed extra protection from the elements.

From that point on, Rojas set out to develop a solution to his problem. Rojas began working on drawings and carrying out tests in the family's textile factory until he found a way of manufacturing a seamless, tubular garment out of microfiber. In 1992 he launched the first collection.

Their best known piece is the Original Buff® a multi-functional, seamless, tubular headwear that can be worn in several different ways: as a scarf, cap, headscarf, facemask, balaclava, headband, wristband... and as many other ways as you can think up.