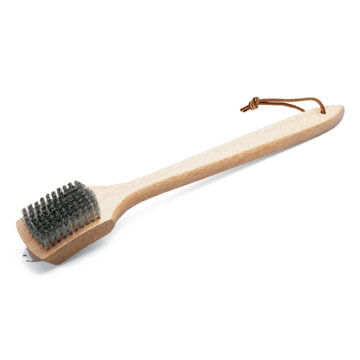 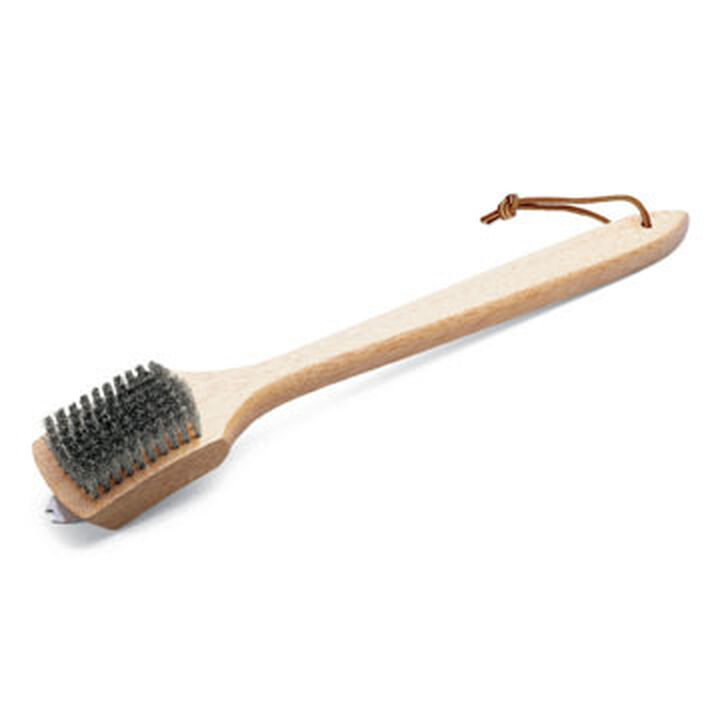 Clean your cooking grates quickly and easily with this brush with notched scraper.