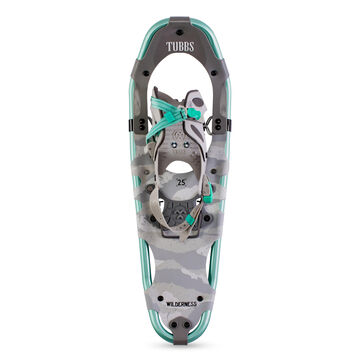 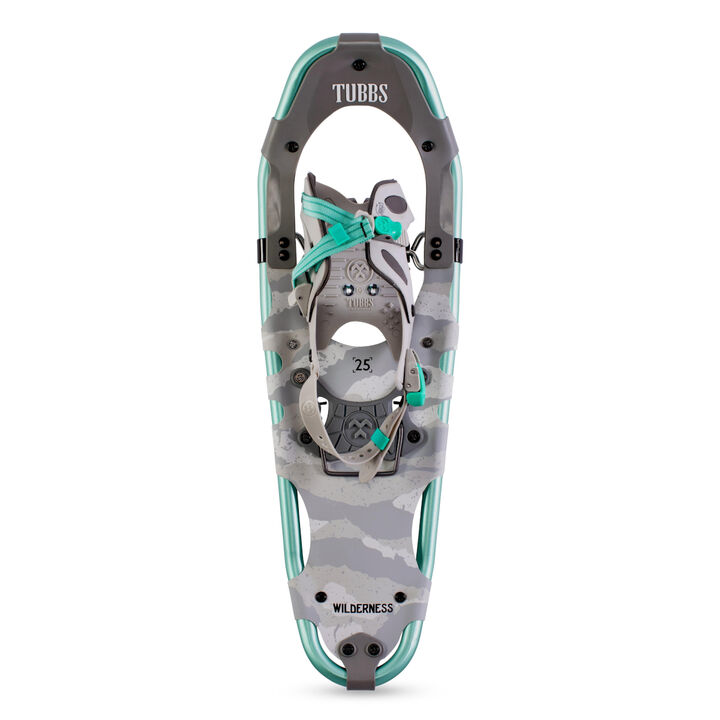 This go-to Tubbs® Women's Wilderness Snowshoe is ready to get on the snow this winter! A well-balanced Day Hiking snowshoe, the Wilderness is the perfect blend of functional technology and comfort. The Fit-Step™ 2.0 frame with SoftTec™ decking provide ample flotation when the snow gets deep, while the tried-and-true carbon steel Cobra™ toe crampon and Tubbs heel crampon bring the traction and stability needed on varying terrain.

The premium 180™ Pro binding provides a pressure-free fit and warmth, thanks to the rigid Control Wings™, a locking heel strap and padded upper. With an ActiveLift™ 16° heel lift to reduce calf fatigue on steeper ascents, the Wilderness has you covered no matter where adventure leads!