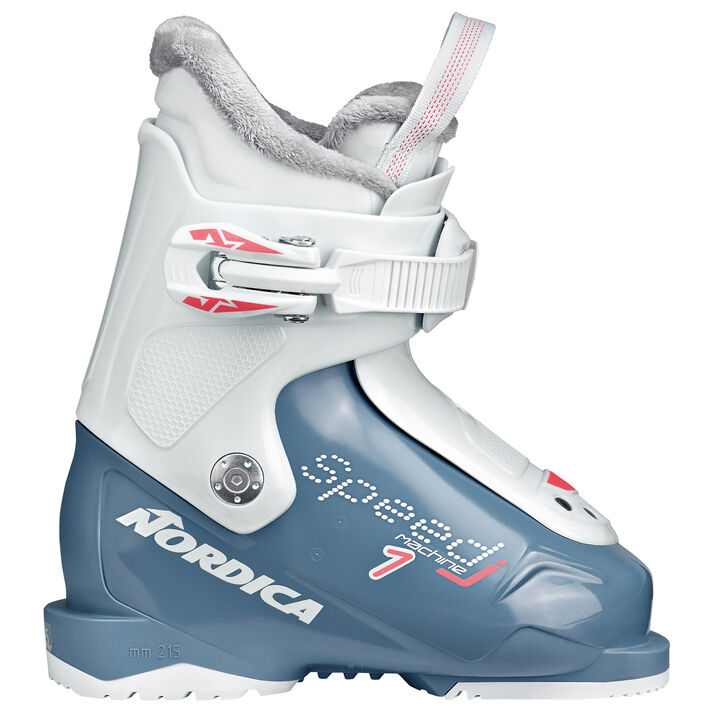 Designed for the youngest skiers, the Speedmachine J1 helps children progress while boosting their confidence and fun. Thanks to a three-piece design, the boot is especially easy to put on and take off. And by offering substantial support, it positions children in a neutral stance that enhances control and stability. To keep children smiling and on the slopes, it also features a liner that's especially warm and comfortable.

Help your child discover a love for skiing - and kick off a new chapter for your family - with the Speedmachine J1.