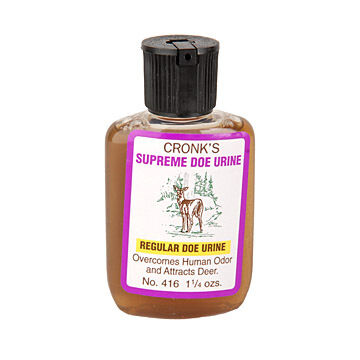 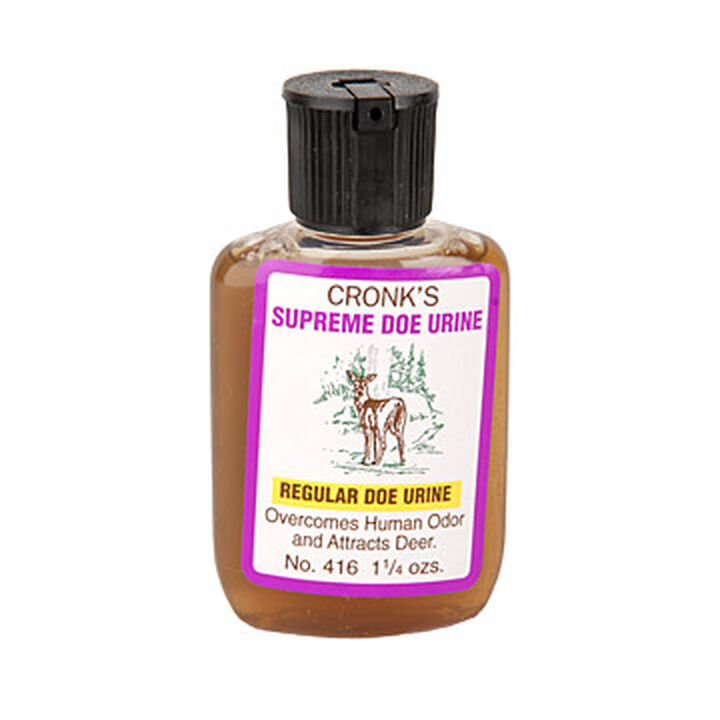 Cronk's
Lon Arnold was a market hunter in Maine, back in the 1870's when it was legal. He hunted caribou, bear, moose, deer, and trapped elusive animals that roamed the wild forests. He developed scents to attract all these animals.

In 1918, Lon's son, Walter, became the pioneer for developing and selling deer lures, trapping lures, and dog training and breaking scents for houndsmen. For 44 years he continued the Arnold tradition of making and selling animal scents. Oscar Cronk became friends with Walter Arnold, the legendary mountain man, and bought the Arnold business in 1962. Since that time he has used the Arnold knowledge, along with his 50 years experience, to develop great deer and bear lures. Oscar - well known hunter, trapper, houndsmen, and veteran outdoorsman - makes and tests every product before it's placed on the market.

From the 1870s to the new millennium, the Arnold and Cronk tradition of serving sportsmen has never stopped. The knowledge gained by Lon and Walter Arnold has been transferred to Oscar Cronk. Oscar is not only the heir to this dynasty, but is the "Last of the Breed."