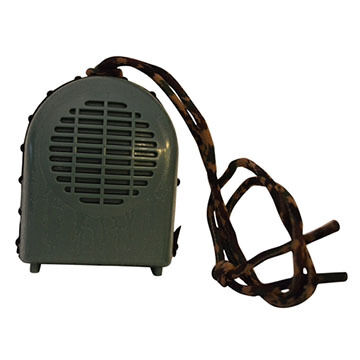 The iHunt XSB Bluetooth Speaker is optimized to work with the iHunt app. When paired together with your iPhone or Smart Phone, iPad or tablet they become the controller for your XSB speaker. The app premium is included with this package. The iHunt XSB does it all with 47 different species and a total of over 600 calls to choose from.

Just download the free version of the iHunt app and insert the promotion code per the instructions and sync your device and you are ready to go!

Extreme Dimension
Extreme Dimension® was started in early 2000 by Bill Gardiner and Peter Brown, two avid life-long hunters from Bangor, Maine. Their epiphany was that hunters who used handheld electronic callers, or mouth calls, were calling the animals directly to themselves. They also risked other hunters mistaking them for a deer. Bill and Peter were the first inventors to develop a high quality electronic deer caller with a speaker connect via a 60 wire.

After a successful launch at the SHOT show and winning the prestigious Deer and Deer Hunter Magazine 50 HOT Products for 2000, sales really took off. Over the years, multiple new versions of the original caller were developed as were new sound cards for predators, bear, moose and turkey. After a years worth of discussion, between Altus® Brands and Peter Brown (Peter had earlier bought out Bill) an agreement was reached for Extreme Dimensions be acquired by Altus Brands.