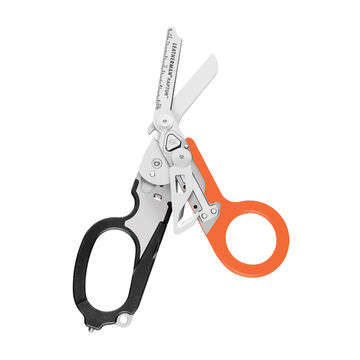 The Leatherman® Raptor features the necessary tools for uniformed professionals to safely and quickly go to work in an emergency situation.

Developed with the input of special operations medics, EMTs and fire professionals, the Raptor has just the right balance of multi-purpose features for medical-specific ops without an overkill of tools to complicate sometimes life-threatening situations.