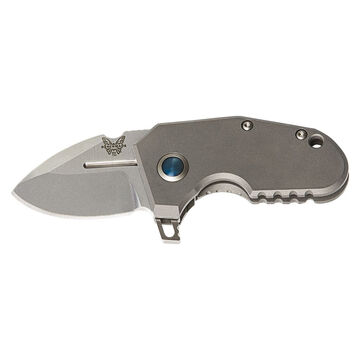 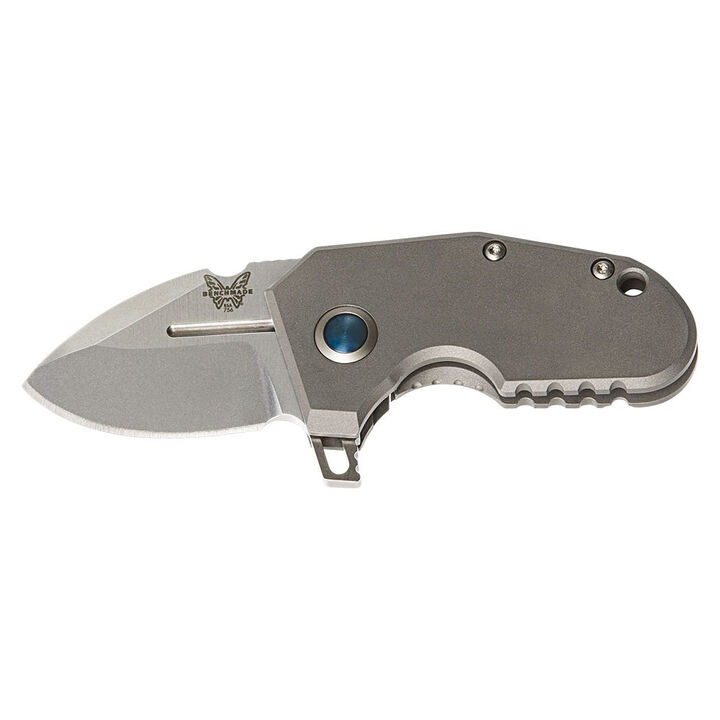 Shane Sibert’s original MPR™ has been reinvented in a new micro format.

This monolock flipper, with its stout 0.124" thick, sub-2" blade is capable of nearly any task. A melding of titanium, 20CV steel and custom hardware, this knife brings big style and functionality to this Micro Pocket Rocket (mPR™).

Benchmade
Benchmade® Knife Company, Inc., originally founded in California in 1988, set-up shop in Clackamas, Oregon in 1990. That's were it all began.

As Benchmade's product line grew, so did the in-house capabilities. They acquired new machines and technologies including the first of several lasers, making Benchmade the first knife manufacturer to have such equipment in-house. Open minds and positive attitudes would lead to several more industry firsts over the course of the next several years.

Consecutive years of aggressive growth led to the next logical step. In 1996, Benchmade moved into its own 35,000 sq. ft. facility. A contemporary styled building complete with all of the modern equipment and amenities necessary to manufacture what has become recognized as a higher standard of specialty cutlery.

Today, Benchmade Knife Company, Inc. manufactures knives for a loyal and ever growing following of knife users. As they move into the 21st century they are poised for even more exciting opportunities, innovations, and ongoing total world-class quality. At Benchmade they employ a simple philosophy - "Make it cool, make it solid, make it happen, and definitely make it Benchmade."