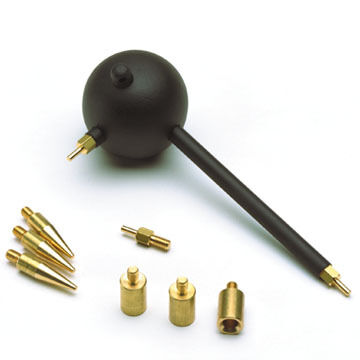 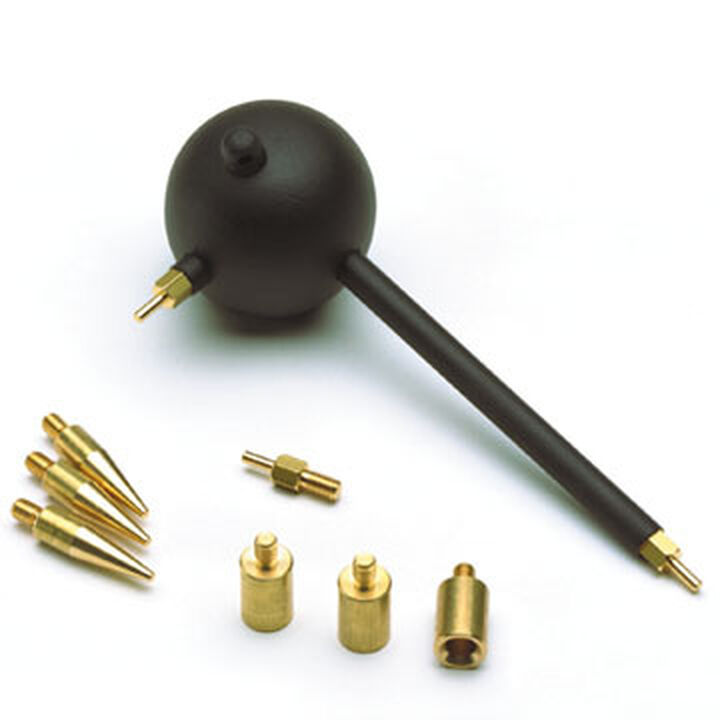 The PowerBelt Bullet Starter comes with two sets of three loading tips to fit almost all hollow point bullet designs and one set of 3 tips for polymer point bullets. One tip goes on the short rod of the starter, one on the long rod, and one on the ramrod.

PowerBelt Bullets
The bullet now known as the PowerBelt® was originally designed by a small group of black powder enthusiasts who set out to create the perfect muzzleloading projectile. Disappointed with the inconsistent accuracy of the old style conical bullets and frustrated with the difficult loading of the modern sabots, they created a belted bullet that addressed all of these concerns; and delivered unsurpassed accuracy and knockdown power, as well. This basic design was patented and first sold as the Black Belt Bullet. Just a few years later, Michael McMichael, one of the original partners and now the president of PowerBelt Bullets, perfected the design, creating what would become the number one selling muzzleloading projectile in the world - the PowerBelt Bullet.

PowerBelt Bullets are now proudly manufactured in Nampa, Idaho. Over the years, the PowerBelt factory has grown from just a few friends working in a garage operation to a work force of more than 30 full-time employees housed in a state-of-the-art manufacturing facility, using the latest modern production equipment and technologies. However, despite all of this growth and modernization, all of PowerBelt's employees are still dedicated to the same goal as were the original partners - producing high quality and great performing muzzleloading projectiles.