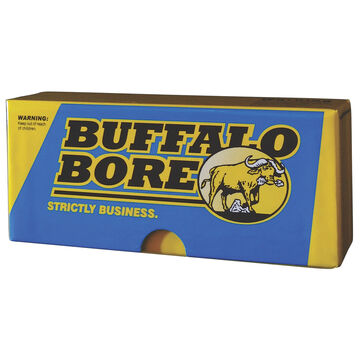 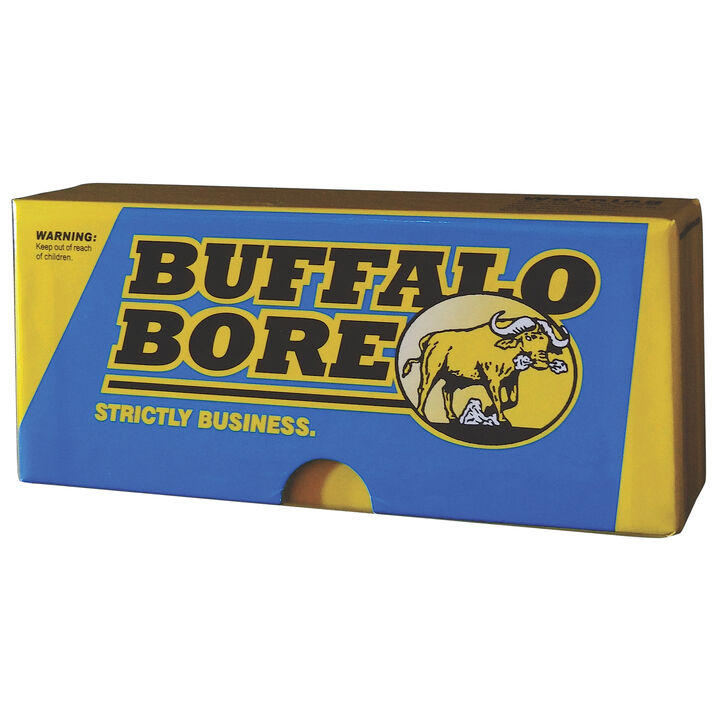 Buffalo Bore's® 45-70 ammunition is externally identical to SAAMI spec 45-70 ammo, but internally it generates far more power and pressure. Althouth it will fit into any 45-70 firearm, it is not safe in every 45-70 firearm.

Its use should be limited to the following firearms: All Marlin 1895 (1895 Marlins are all model 336 actions, chambered in 45-70) iterations made since 1972, all Browning 1885 and 1886 copies, Rossi Rio Grande, New England Arms Handi Rifle, T/C Encore, ALL falling block actions made of modern steel such as Ruger #1 and #3, Shiloh, Christian and Pedersoli Sharps, Henry Lever Action Rifles, all Winchester 1886 iterations made since 1915, CVA Centerfire Rifles and all Siamese Mauser bolt actions.

The bullet utilized in this load is very tough and gives only a small to moderately sized mushroom (about .60 cal) and because of the smallish mushroom, it penetrates very deep - about 4 feet in muscles and bone. It's a great bullet for use on dangerous game, as well as smaller game.

Buffalo Bore Ammunition
Buffalo Bore® manufactures some of the finest high-powered pistol, handgun and rifle ammunition available. The ammo is field test in real world, over-the-counter guns - not test barrels. When you pull the trigger, you'll know you have ammo that will do the job.