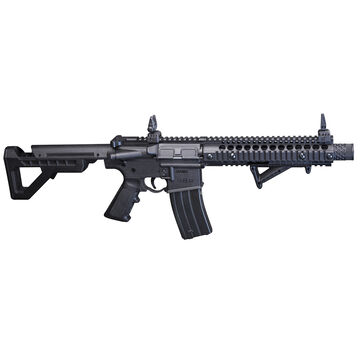 With realistic weight and functions, the DPMS SBR Full Auto cranks out over 1400 rounds per minute!