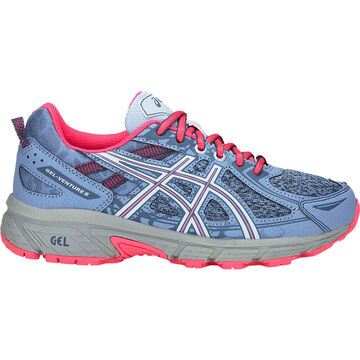 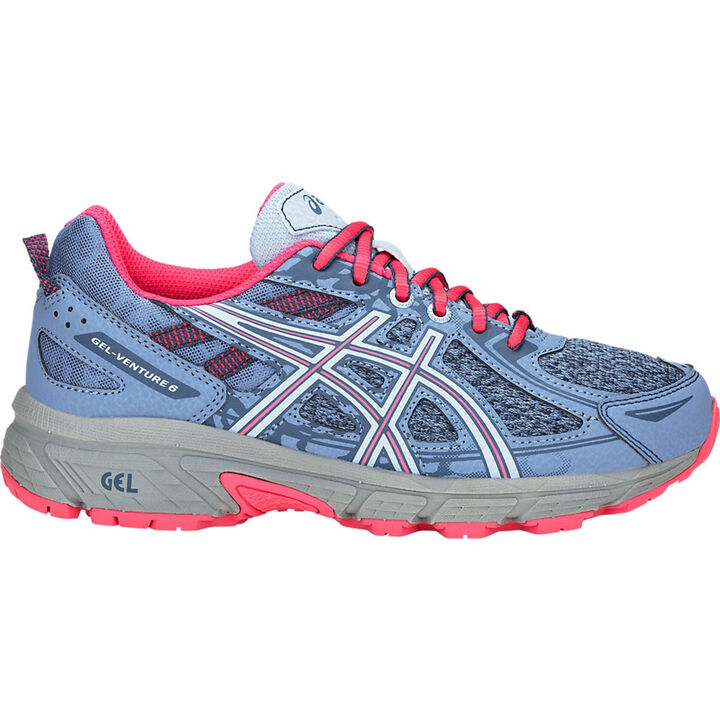 Encourage them to get out and explore in the redesigned Asics® Girls' Gel-Venture® 6 Grade School Trail Shoe. Designed to take on rugged terrain, this model comes complete with a trail-specific outsole and high-abrasion rubber for confidence-inspiring traction. Rearfoot GEL® cushioning absorbs shock to keep them comfortable as they pound along the path, while the removable sockliner allows for custom orthotics for an even more personalized fit.

Asics
In 1949, Mr. Kihachiro Onitsuka began his athletic footwear company, Onitsuka Co., Ltd., by manufacturing basketball shoes out of his living room in Kobe, Japan. He chose the name Asics® for his company in 1977, based on a famous Latin phrase "Anima Sana In Corpore Sano", which when translated expresses the ancient ideal of "A Sound Mind in a Sound Body." Taking the acronym of this phrase, Asics was founded on the belief that the best way to create a healthy and happy lifestyle is to promote total health and fitness.

Staying true to the philosophy by which it was founded, every Asics innovation, every concept, every idea is intended to create the best product. Asics pledges to continue to make the best product; striving to build upon technological advances and push the limits in athletic gear.

Asics products were introduced to the United States in 1977 and brought with them an incredible story of athletic performance and technical advancements, a philosophy which still holds true today.