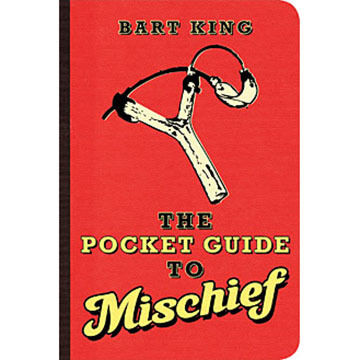 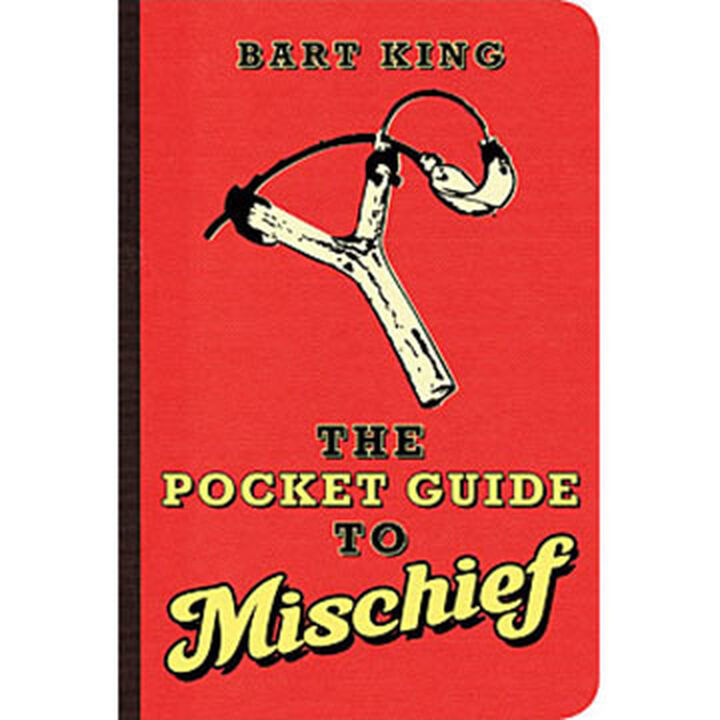 The Pocket Guide to Mischief by Bart King

The greatest leaders and geniuses in history were mischief makers. They were the brave women who looked at how unfair the world was and said, I can do better than that. They were the stalwart men who saw stupidity and asked, Why do we have to do it that way? And they were the delightful children who ganged up on the neighborhood bully and hit him with wet noodles until he said, Uncle!

Yes, history's mischief makers had the courage to point out that things like slavery, global warming, and turtleneck sweaters are bad. And they also pulled off some of the greatest hoaxes and practical jokes of all time.

In honor of them, Bart King introduces The Pocket Guide to Mischief. The perfect addition to any prankster's collection, as well as a fun-filled how-to for the budding troublemaker in all of us.