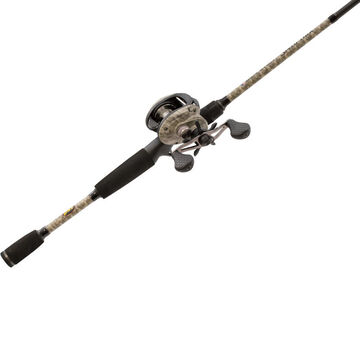 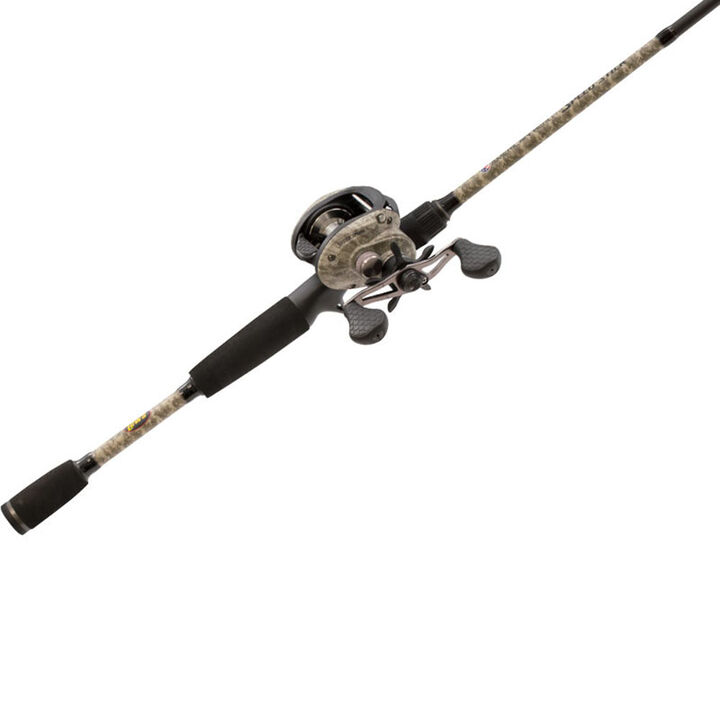 Built with the soldier in mind, the American Hero Camo Speed Spool Combo sports a digital camo pattern on the rod and the reel.

Lew's
Lew Childre was a lot like his father, a man ahead of his time. Back in the 1940s, both men were blazing trails for many others to follow, but taking different paths.
Lew Sr. was an early day Grand Ole Opry star, a one-man show, entertaining with his proven repertoire of songs and jokes. Much of his time was spent on the road, traveling to appearances at fairs and community social events. Radios were few and far between, and television was just being invented, so what he did he had to do in person.
Like his dad, Lew was a likable guy. He made friends easily and people were always willing to listen to what he had to say. However, the only stringed instruments he was interested in were fishing poles. Lew Childre was born to fish.
His passion for the sport made for interesting times while growing up along the Gulf coast of Alabama, with every turn of a corner leading him back to fishing. He and his wife Vivian, or Bebe, encountered many trials and tribulations during their early years of marriage while trying to make a living and raise young sons Craig and Casey. First it was selling shrimp as bait to fishermen, and then that evolved into a small tackle shop. One day while pulling a bamboo pole out of the stack for a customer, Lew was disappointed with the inconsistency from one pole to the next. The moment of reflection triggered his insatiable thirst to build better fishing products than anyone else.