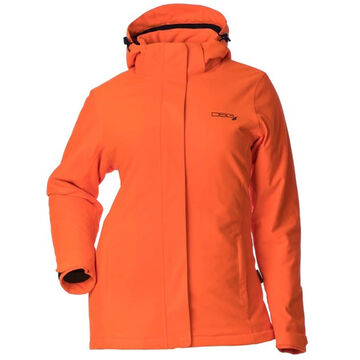 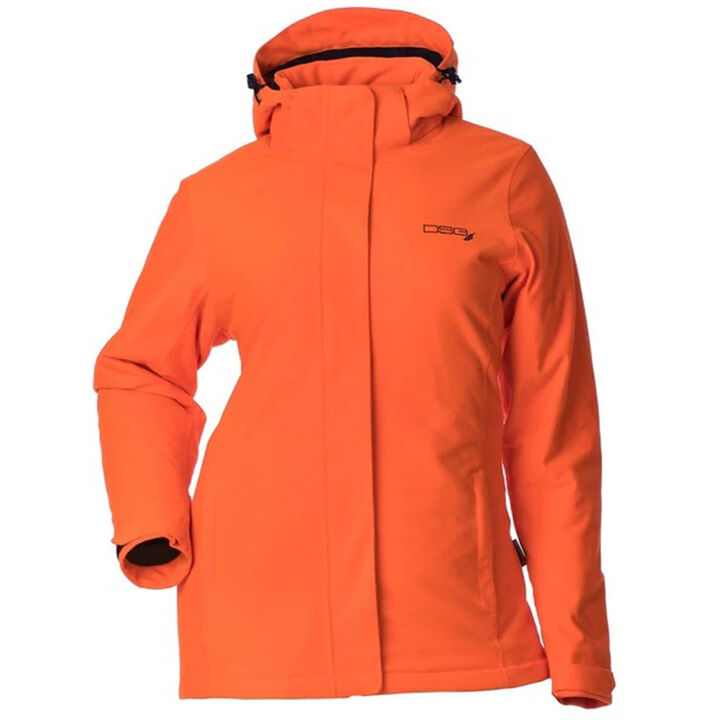 Quiet brushed waterproof and windproof fixed insulation hunting jacket is perfect for a day out in the woods. This orange hunting coat features fully taped seams and a DWR treatment to shed water off the fabric.

DSG Outerwear, originally Divas SnowGear, was conceived in 2010 by Wendy Gavinski after many years of personal frustration with the limited selection of women's outerwear for snowmobiling and skiing.There were a few large companies making decent women's gear and apparel, but not much that had a feminine fit or a designer look. The goal was set and completed later that year. DSG Outerwear burst onto the snowmobile scene in September 2010 with a casual line and immediately connected with the female audience. The reaction was overwhelming and others saw the vision as well!