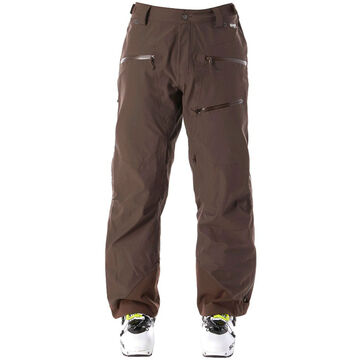 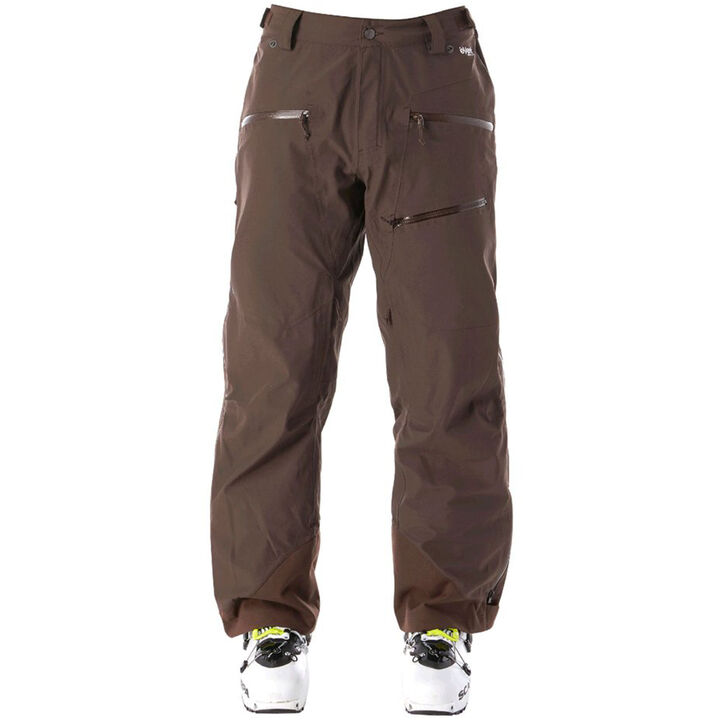 You don’t have to sacrifice a thing when wearing the ultra-tough Compound Pant. It has a clean, lightweight design for better movement in the mountains and it doesn’t take up much room in your duffel bag on that trip to Revelstoke. The fabric—eVent with Direct Venting™Expedition technology for supreme waterproofness without sacrificing breathability and air permeability—keeps you dry and prevents overheating while still protecting you from the storm. Massive thigh vents can be opened for the climb uphill but these pants are made for the downhill.

Flylow® got its start when co-founders Greg Steen and Dan Abrams, both Colorado natives and friends since college, couldn’t find a pair of ski pants that could hold up to the kind of skiing they were doing. Although the two friends had no real background in clothing design, they were skiers with creative minds, so they figured: Why not try to build better ski clothes? A French girl on the mountain observed them skiing and said, “You don’t ski fast—you fly low.” And the Flylow® brand was officially born.

Their first products, which debuted in 2005, were the super-tough Cactus Pant and the aptly named Black Coat (which, yes, came in just one color). It was a trial-and-error process, but soon, they started fine-tuning the gear and developing a small following of core skiers. In the years since, they’ve built a collection of men’s and women’s outerwear that suits the needs of modern skiers.